Sunday was another day that very much did not go according to my itinerary! At first it did as we woke up and our hosts came downstairs with breakfast for us. Getting fed someone else's cooking is definitely a great way to start the day off in my books.

The only problem was that it was, once again, raining. Our initial plan had been hot springs in the morning, followed by a drive to Rotorua to visit the Rainbow Springs and then the Redwoods Treewalk after the sun set before heading to Matamata. But that all did not seem so appealing in the wet, and we weren't that keen on having another soak just yet, so we decided to just get a move on to Matamata. We'd take our time and do anything that seemed appealing along the way.

And that is exactly what we did! Fortunately, before we left James had a good look on Google Maps at things in Taupo so we decided to pop into a place called Mind Junction on our way out (we'd also seen a flyer for it at the hot springs the night before). We also took our time packing up and checking out, and didn't get moving until 11AM.

We stopped for fuel and then our first touristy stop was pretty close to Taupo itself – Huka Falls! It was so damn wet – we had to buy another umbrella and a poncho. But totally worth it, just look at that river! It was so loud and dramatic and just thoroughly amazing. I’d have loved to have seen it in good weather though, because we kind of rushed so as to not get too wet. 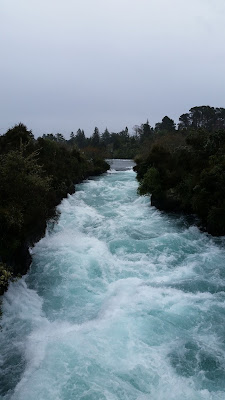 And of course, we took yet another selfie, because that’s what we do these days. All the selfies! 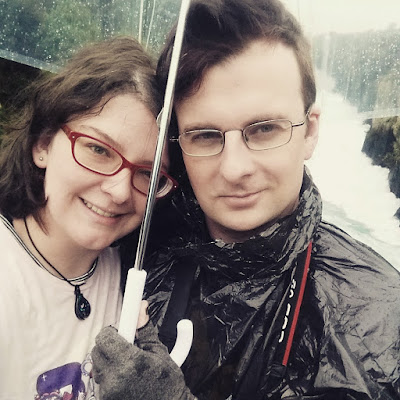 Then on we went to Mind Junction! Well, with one quick stop to take this photo for James ^__^ 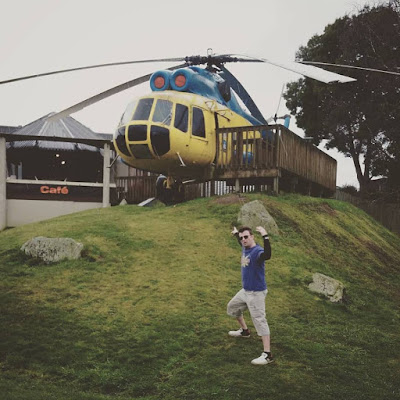 The GPS got us lost, but at least the drive was pretty, and then we were there. It's a family oriented place, so our group of four adults was a bit out of place but it was fun nonetheless. Due to the rain we couldn't do activities like the outdoor maze or mini golf, but I was happy, because there were model trains! 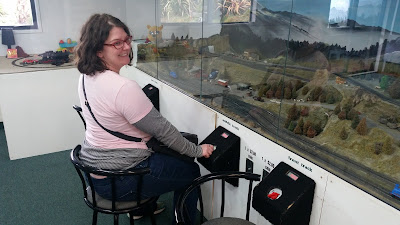 It never comes up because hey, this is my primarily lolita blog, but I really love trains and miniature trains. I like trains.

We grabbed some drinks and sat around in the cafe area. There were little puzzles on each table, and games you could play. While Nat and Luke played Blokus James and I tried and failed at the puzzles on out table. Well, James tried properly, I got frustrated and kept opening up news ones! We spent a lot of time with four pieces of wood that you could apparently use to make a capital T. We thought laterally, in three dimensions and in negative space, and when we finally gave up and asked one of the staff for help it was painfully obvious how you did it! Fortunately the staff knew how to reset all the puzzles, because we couldn’t!

Then we moved over to Nat and Luke’s table, where we played a game of Blokus with them. I enjoy that game! I also lost, but oh well. 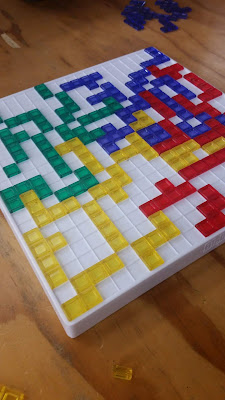 After that we decided to play their shooting games, which were apparently like old PlayStation games or something? Anyway, we went into a dark room with a rifle and a big project screen and proceeded to take turns shooting things. Mostly we did this stupid game with dumb gophers, and Luke got a high score (and entered the name Duck, so if you’re there and his name’s still on the scoreboard well, you know who he is now). I’m bad at this kind of thing, but it was still really fun!

Luke and Nat then decided to try out the flight simulator, but James and I weren’t interested so we went out and sat in the van with our trusty thermos of tea. Soon enough the others came out and we continued on our way. There’s not much to say about the drive. It was only a couple of hours this day, and we stopped at a Subway for lunch, so it was a pretty easy day. Which is good, because we needed to take it easy, I think.

At some point (not sure if it was before or after lunch) we did stop little parking lot near this interesting landmark. We had a good stretch, took photos (of course) and were lucky enough to see yet another rainbow. 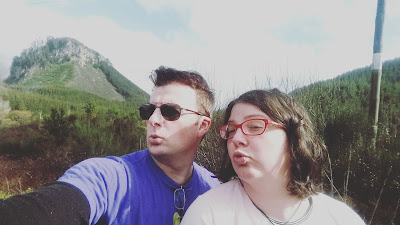 I love how terrible I look... 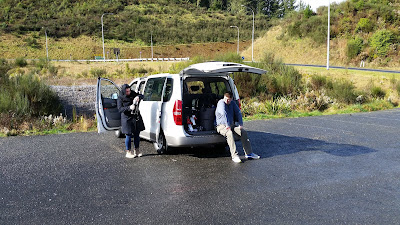 We arrived at our Airbnb around four. It was a really pretty place, small but well done, and we just spent some time lolling about and admiring the views of the farmland and listening to the nearby cows. Also, just look at this! 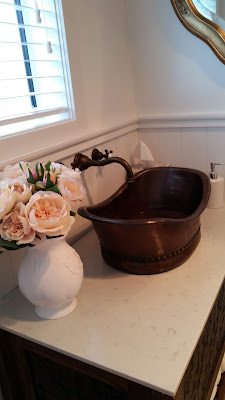 How wanky is that bathroom sink? Honestly I loved it though, as far as interior styling goes that whole country-chic vibe really does it for me. 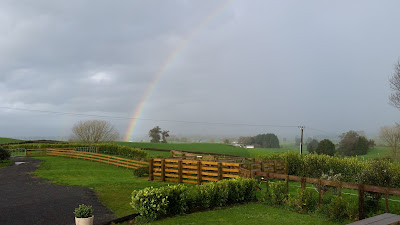 We wanted to order dinner from Menulog or something so we didn’t have to drive into Matamata central, but in the end we did go out to the Redoubt Bar. This turned out to be the best decision, and the one time I regretted a food choice – I got a different meal from James because I thought it’d be silly to double up, but his was so much better than mine! Wah! The Redoubt was a really funky place and it was fun to spend some time there. 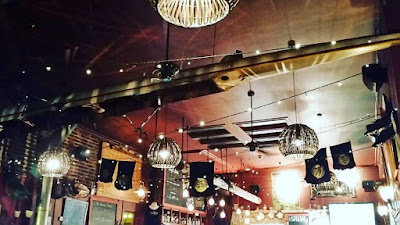 Nat and Luke ducked out a convenience store while James and I ate desert, and then we headed back to the Airbnb. Everyone else played Magic (James won) but I had to go straight to bed; I just couldn’t stay awake and functional enough to even watch, let alone play! But the bed was comfy and I like sleep, so it was kind of fine by me.
Posted by Roli at 10:50 am