Last Friday while I was at work (so technically July even though I'm posting this in August) a big box of goodies got picked up from the post office by my lovely boyfriend James. As usual I ordered using Buyee and was happy with their service, so there’s no need for any preamble, let’s just show off what I bought!

I don’t quite remember what order I bid on things in, but I do know what started this whole order… 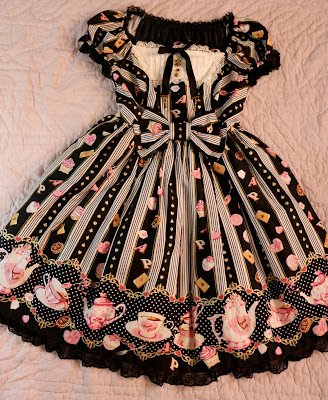 I saw Wonder Party up on auction and my heart skipped a beat. This is a print I loved when I first started lolita and that I have eyed off on occasion in both the black and brown colourways since, but I’d never seen it at a price I liked…until now! Admittedly, it still cost more than I usually spend on a main piece, but I love it and James thought it was really cute as well so how could I not? This is the Mini Sleeve JSK cut and I think it’s is super adorable. 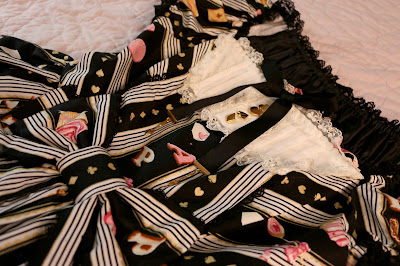 I also love that I now have another print in the same vein as Patisserie Dream – though I love variety I also like having multiple pieces in similar themes and colours and though this particular one (black x pink tea party theme) was not something I intended to really build up in my wardrobe I’m glad that I have! This dress doesn't quite fit me yet (no zipper, and I can't get the waist over my boobs), but it is beautiful and I am super excited to wear it a lot when I drop a dress size. 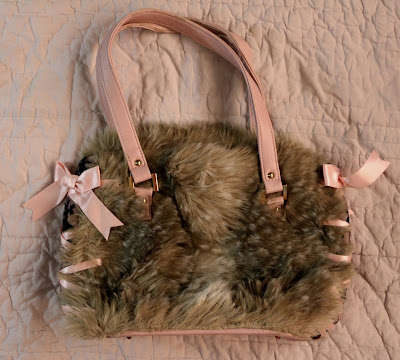 I wish there was an emoji for how damn excited I was when I saw this bag! At 1000 yen! With no bids! Guess what I did next? Hehehe I adore this bag! It’s is utterly ridiculous and that’s what’s great about it. I really need to stop buying bags, but I had to make an exception for this. But seriously, my bag drawer is full. Guess I need to switch to a bigger storage area. That’s obviously the only solution! 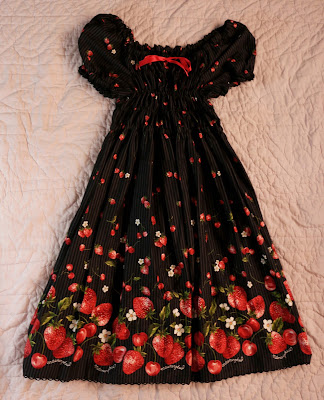 Then, in my browsing something wonderful caught my eye…Meta’s Berry Stripe Short Sleeve OP in black! One of my wishlist items! Berry print (with both strawberries and cherries), OP, and in black. 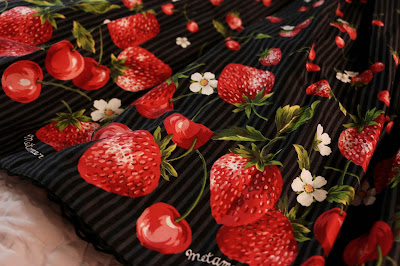 And it’s Metamorphose and fully shirred, which are both extra wins for me. I also liked that it was a more realistic print, and quite retro in a way, so it seemed like something I could get a lot of wear out of. The only thing is, I'm no 100% sure how much the fully-shirred and high-waisted combo works one me, but we'll find out! 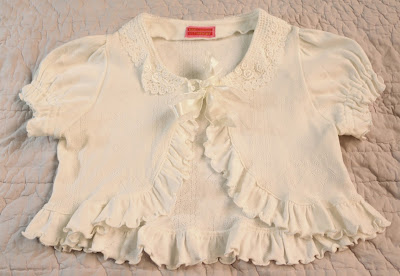 I’ll admit, this is something I primarily bought because it was cheap. I mean, it will be handy, but I’m just a sucker for cheap basics that I don’t already own, and I didn’t have a regular white short sleeved bolero. It certainly fills a wardrobe gap, just one that didn’t necessarily need filling. 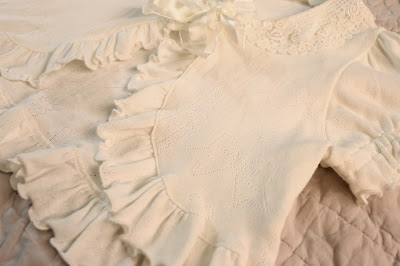 However, it is super freaking gorgeous! It's one of those patterned knits and it is just a really lovely piece. The fit is a little off on me, but hopefully that will improve as I lose weight. BTSSB pieces always amaze me, I have to say. The quality is just amazeballs. 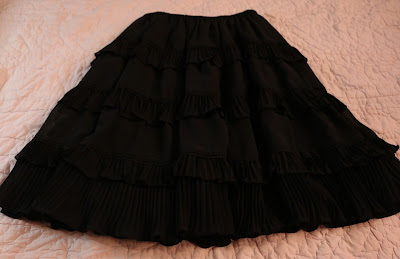 Another item from my wishlist was a plain black skirt. I bid on this one because it was an interesting design, with the pleased trim, and was full shirred. But...it's Victorian Maiden, so I was not expecting it to actually it properly, so imagine my surprise when it is completely perfect and comfortable and wonderful! So excited! I think it's technically an underskirt, but I think it can work as both and I really, really love it. 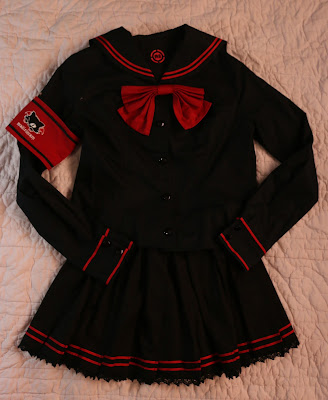 This outfit was 100% an impulse buy, but damn was it a good one. It was quite cheap and though I’ve long admired this kind of sailor uniform I’ve never owned one so I thought why the hell not. It is, as I expected, too small for me, but that just means it's a goal ^__^ 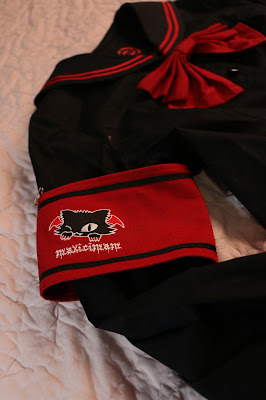 I mean, come on, how much cuter (and punkier) can you get? It even came with a single garter that buttons to the skirt waist and straps around the thigh! 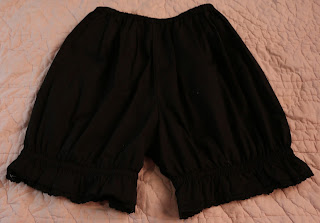 These Innocent World bloomers were another impulse buy. I have been vaguely intending to add more bloomers to my wardrobe but don’t really need more with any level of urgency. But I saw these and liked them so I bought them! And then kind of regretted it because of the aforementioned “don’t really need them” and they weren’t all that cheap. But still, not a bad thing to buy by any stretch of the imagination, just possibly the least exciting item of this haul. 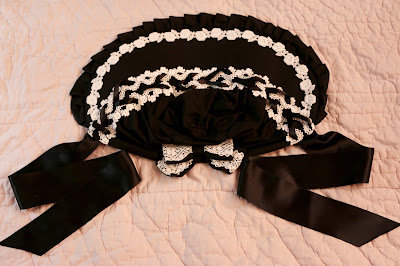 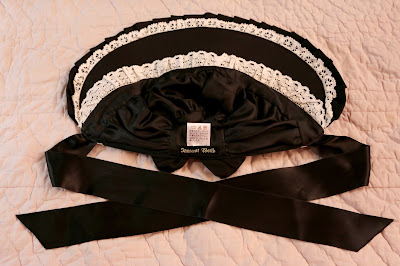 I bought this bonnet entirely for a photoshoot. I have something creepy and oldschool in mind, and the only thing I was lacking was headwear. This cost a bit more than I like, but I figured I could spend a bit more and buy something perfect for the shoot (and any future oldschool things in black and white) or I could get something cheaper but not as good, so I went for quality. This was even NWT and perfectly gorgeous.

My order literally arrived two days before the shoot, but would you believe it, I didn't end up getting to do the shoot! It was another group shoot day where I had hoped to model two looks as well as do photography, but in the end I only modelled one look. I'll definitely do and epic oldschool shoot some other time though ^__^

Overall, I’m super happy with everything I got here! It feels weird to have gotten so many new big pieces in one haul since lately I've more been pulling in accessories but it's a great kind of weird!

This haul was meant to also include a pair of OTKS, but domestic shipping took ages for them so I had to consolidate and ship out before they arrived in order to try and get this order to me in time for the photoshoot. So, to my shame and as a failure of a budget lolita, I will have another (smaller!) haul post next month as well…
Posted by Roli at 1:01 pm