Another Innocent World order, another saga, though this one fortunately didn't involve getting the wrong merchandise. It just took a while. I ordered on the 12th of December during their 15% off sale, received the automated message immediately and then nothing until the new year. One January 8th I got the PayPal invoice, which I paid right away. Then my order shipped out on the 14th of January and I received it on the 19th. So it was over a month from order to receiving, which I don't think is very good. However, other than the delay there were no issues with the order, so overall I'm quite happy.

This is what I ordered: 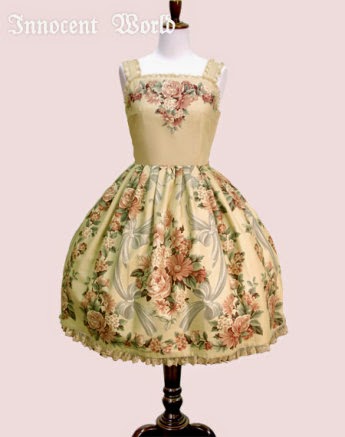 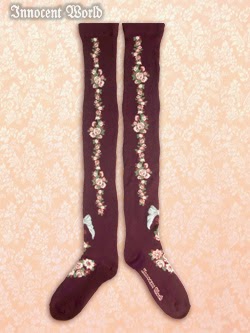 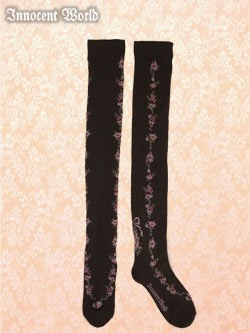 Everything was inside an IW bag inside an EMS satchel, along with the "handwritten" note you always get. The first thing I noticed was that everything was darker than I was expecting! 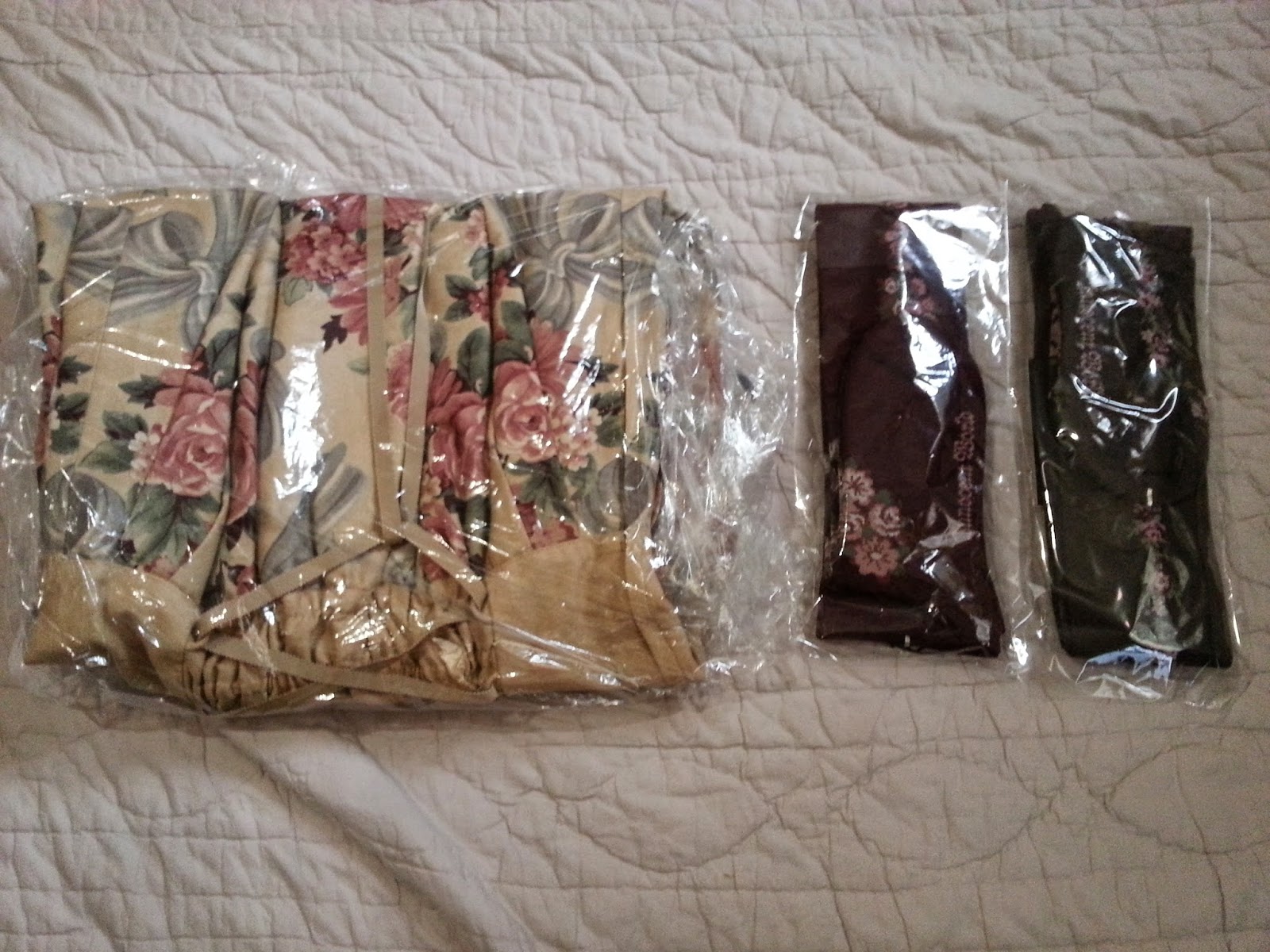 I forgot to take a photo of the full dress, so have some detail shots instead. 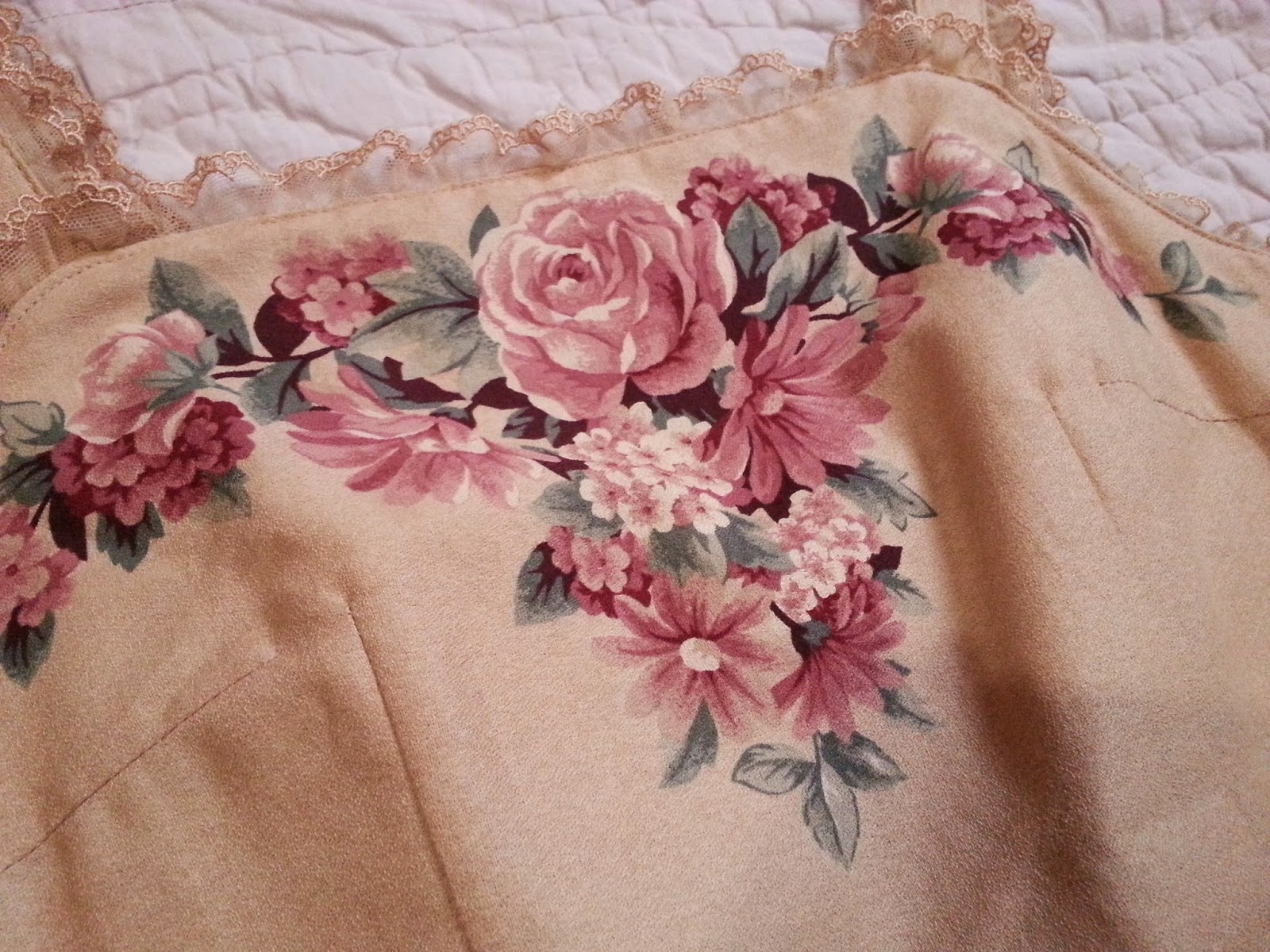 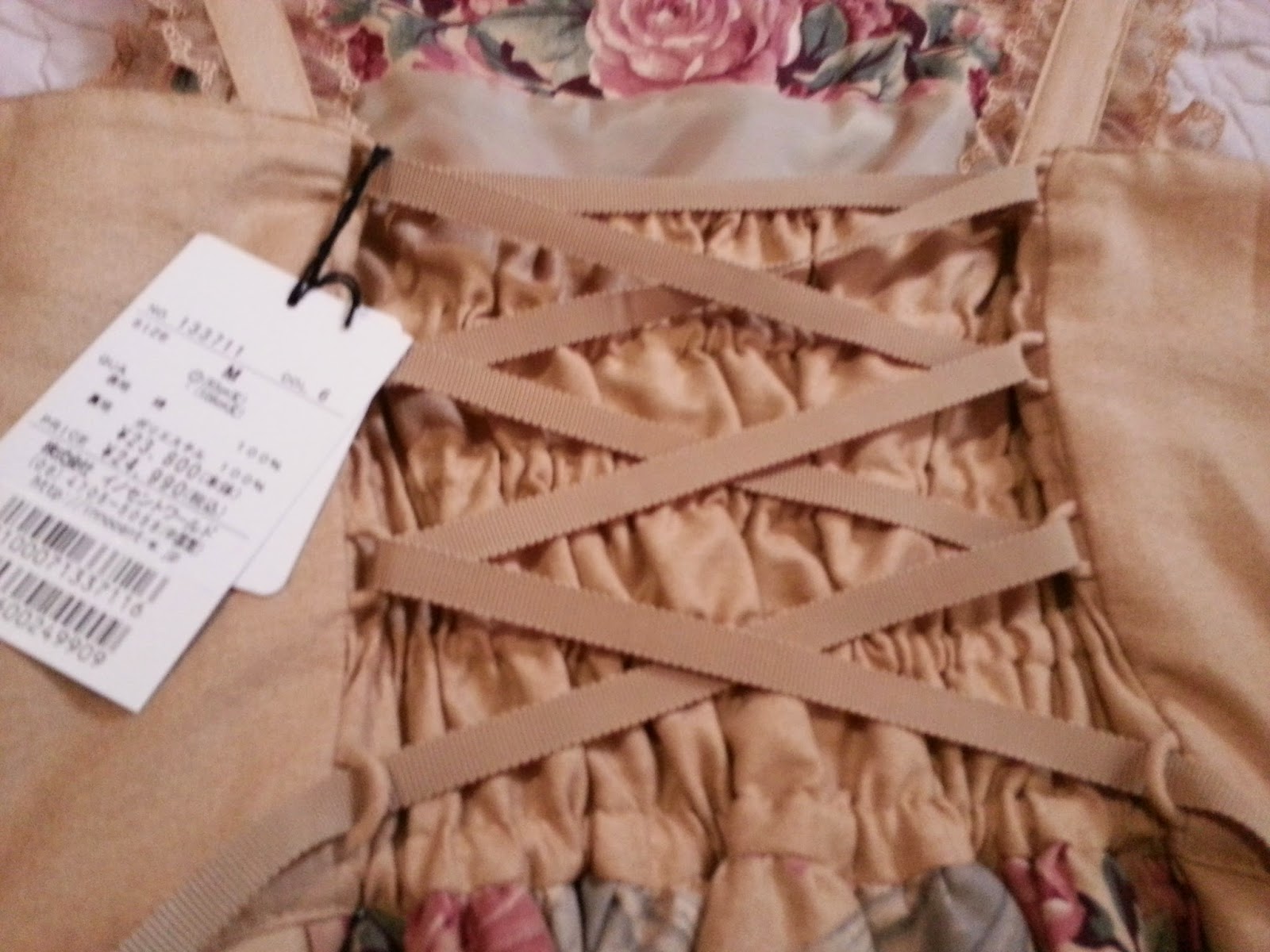 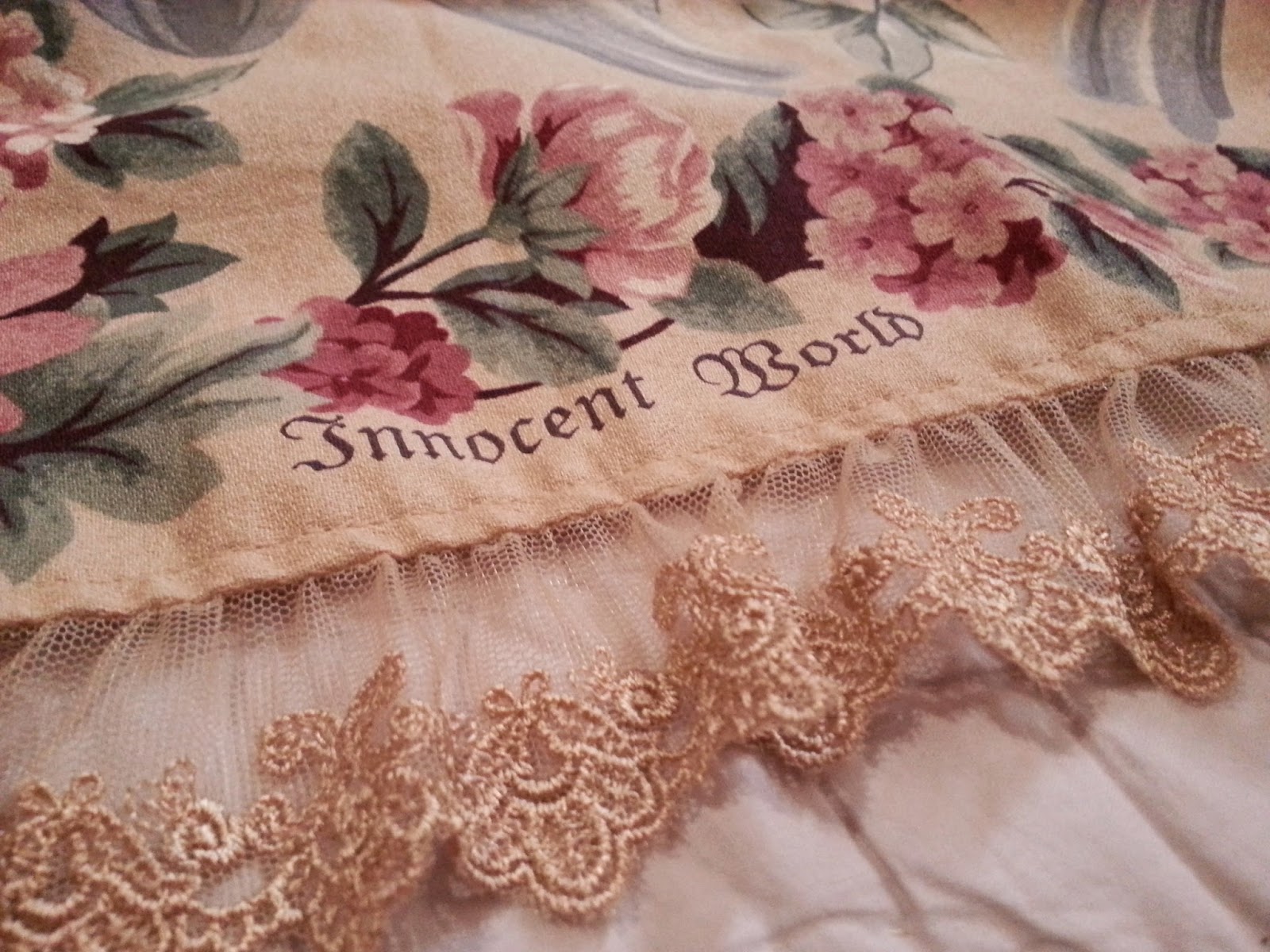 I really like the fabric used in this dress; it's a nice, slightly rough textured cotton, for lack of a better descriptor. The shirring panel on the back is nicely done and has a lot of give. The straps have a button sewn on about two inches from the end which I'll be moving down right to the end of the straps for more length. The laces used are very nice and a good colour match. All in all it's a really nice dress and I'm happy with it. 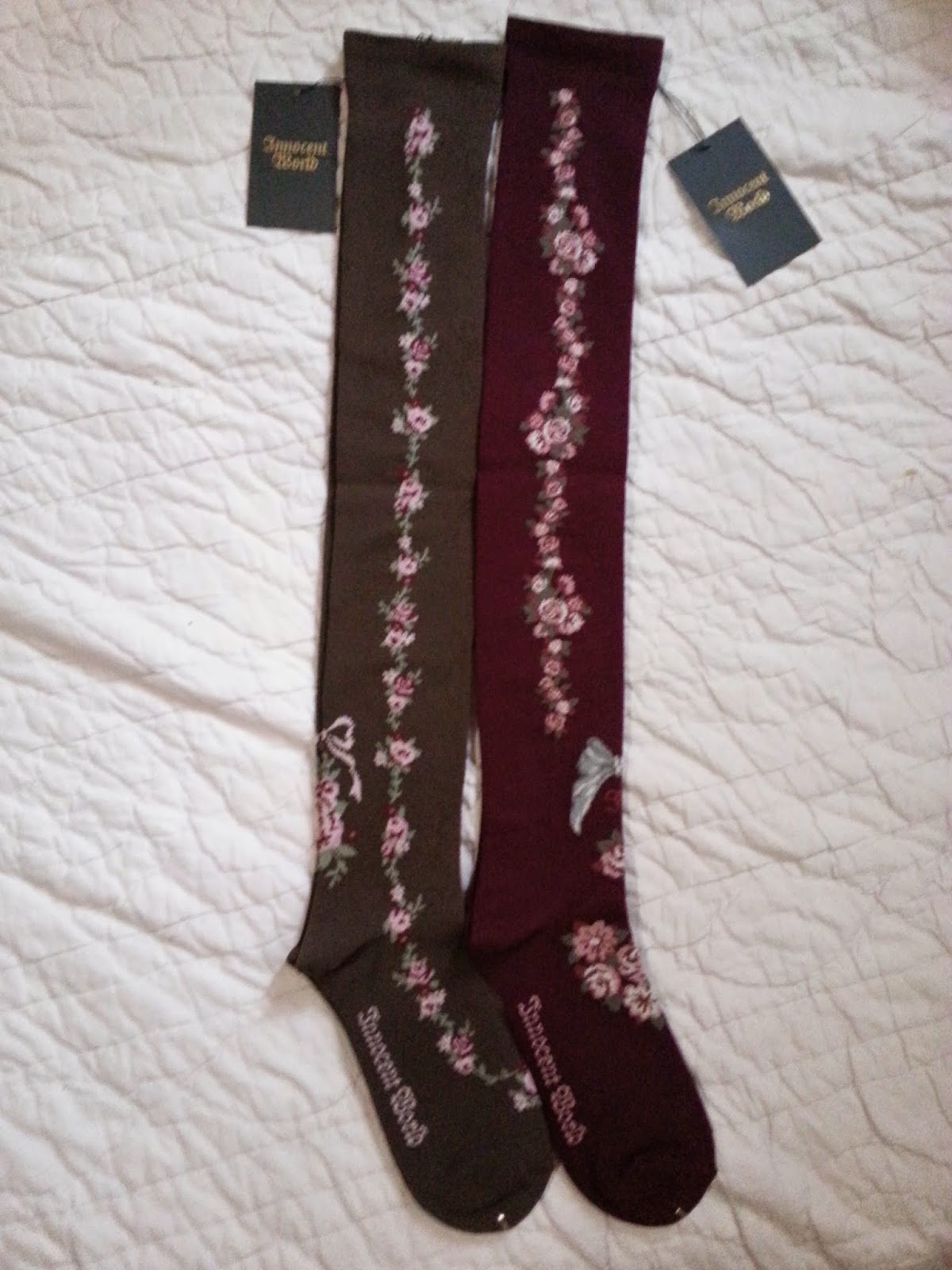 I don't have much to say about the socks except that they are quite nice, even if they are a bit darker than I thought they'd be. The colours at the top and bottom in my photo are most accurate, I think.

Overall I'm quite happy with my newest wardrobe additions, though I'm probably not going to buy from Innocent World again unless I'm head over heels with something because, even though I know it's a small sample size, 100% of my orders with them have been problematic in one way or another.
Posted by Roli at 5:10 pm