For my birthday last year, James bought me a custom-made lolita dress from Lyris Design. Carly, who runs Lyris, is a lovely lady who I've commissioned from once before. I asked for a quote for an underbust JSK back in September and she let me know that due to her workload she wouldn't be able to start until late October/early November, which was fine by me. I said I'd get back with measurements around then but got lazy and towards the end of November Carly contacted me asking if I still wanted to go ahead and sent me a measurement chart. I replied and she started work!

I received the first mock-up in the mail on the 8th of December. It wasn't quite right, so I sent her pictures and descriptions of what needed doing and she sent me a second mock-up which I received on the 18th. That one was pretty much perfect, so she started making the final dress for me. She sent it out on Boxing Day and I got it January 5th, which is a bit slow for domestic postage but hey, it was Christmastime. Since it was taking a while to get to me I messaged to ask if there was a tracking number and she replied despite being on holiday overseas. Great customer service ^__^

The dress came to me wrapped in tissue paper inside a gift box. 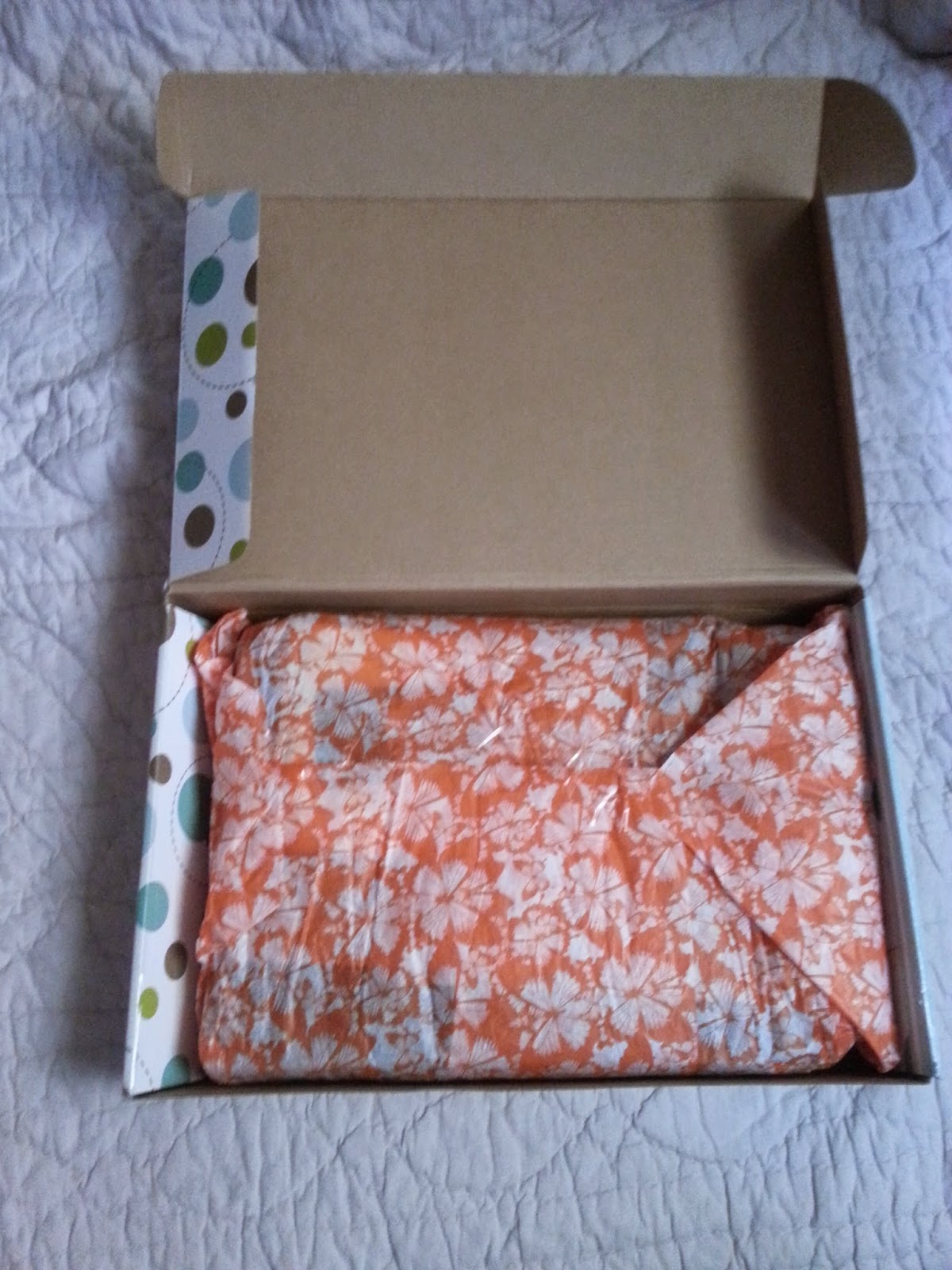 And it is perfect! The fit is lovely, it's very well made and of good fabrics. It looks fantastic on me and it's the nicest thing in my lolita wardrobe. The photos I took really don't do it justice, but I'll be doing a photoshoot in it soon so you can see it in all its glory! 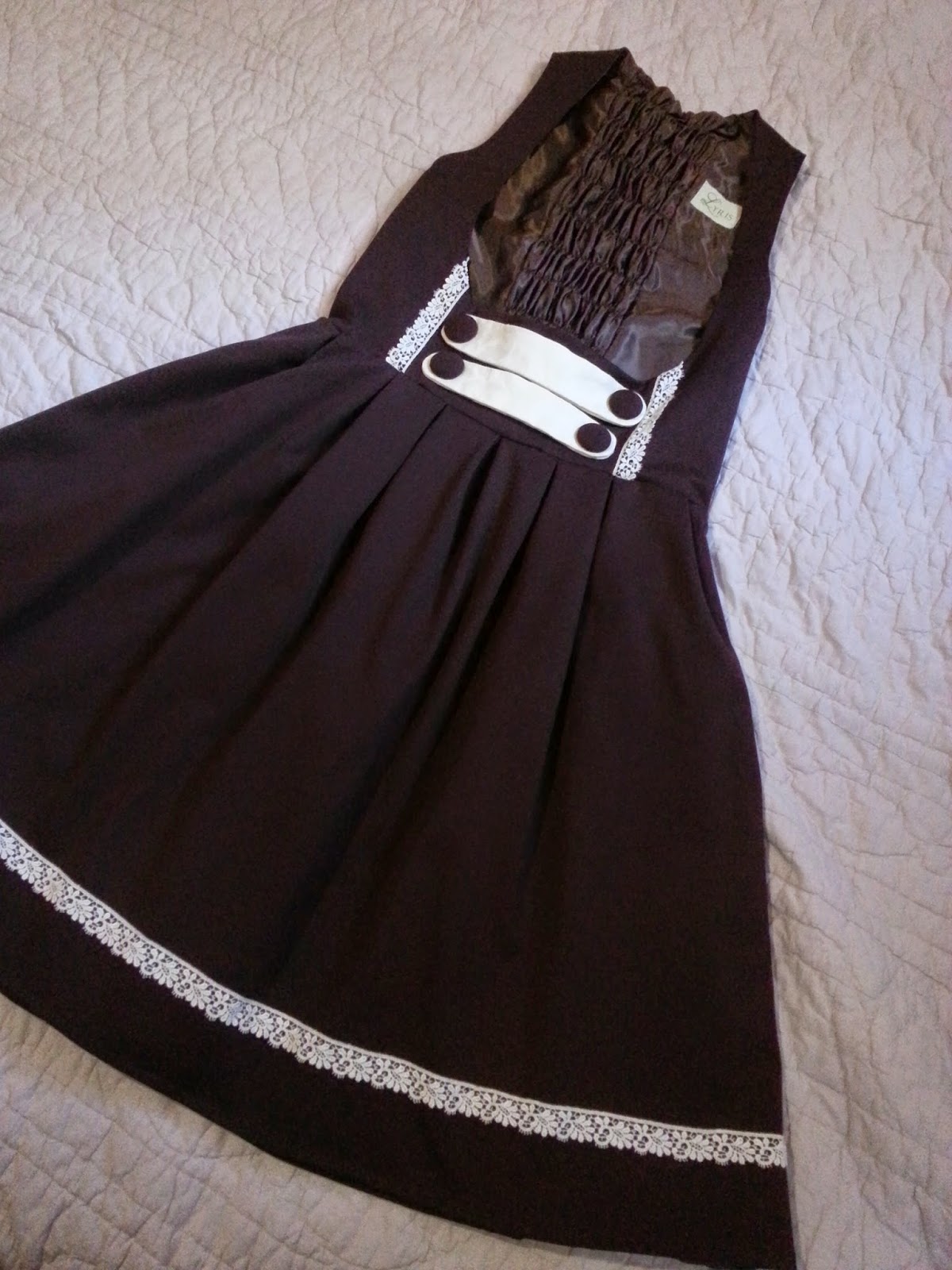 This shot is fairly accurate as far as colour goes, and shows the lining, shirring panel and Lyris label. 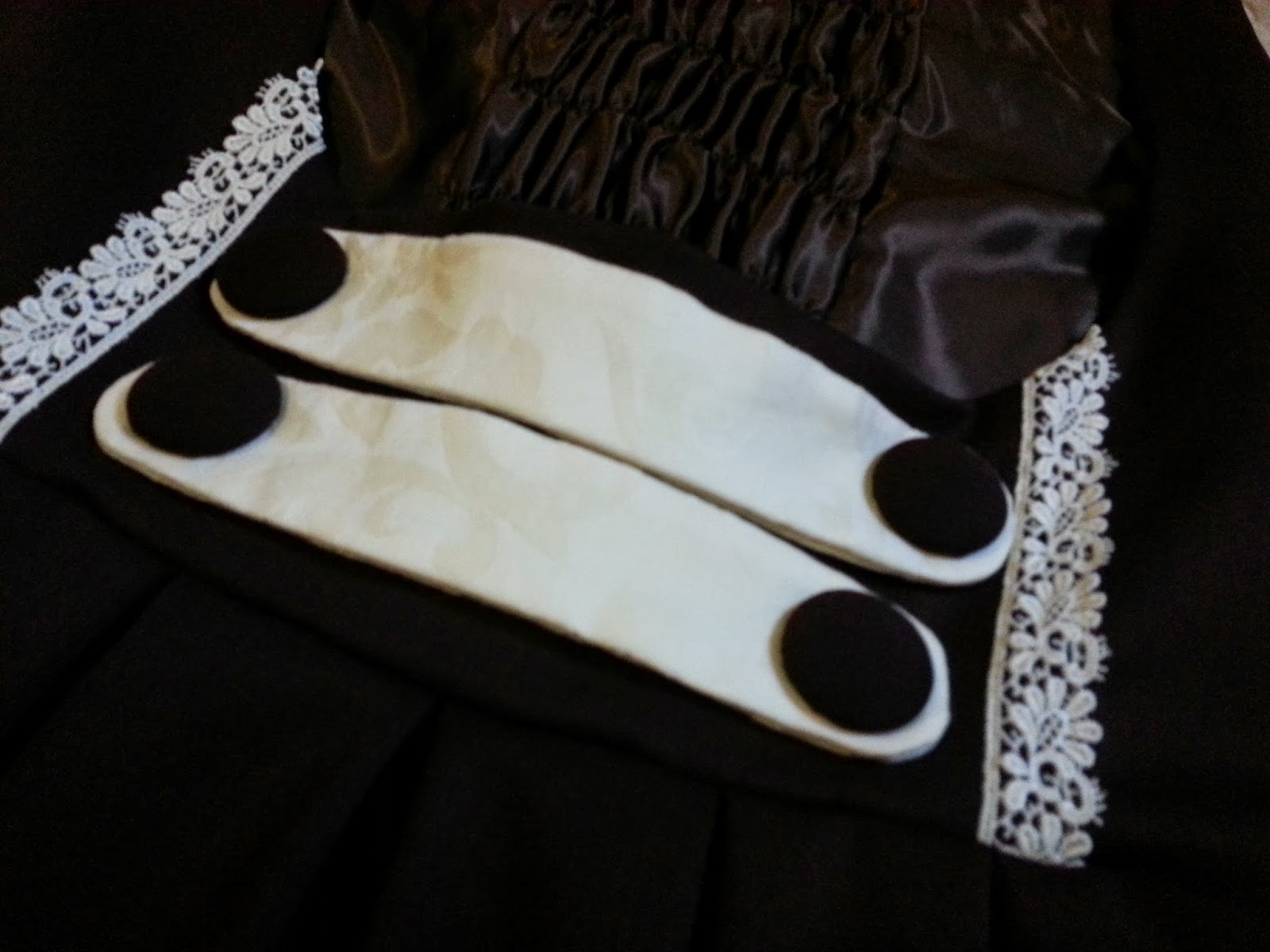 Throughout the whole order Carly was pleasant and helpful. She was the one who suggested making the button straps out of brocade fabric, which I think added a great bit of detail yet is something I wouldn't have thought of doing. It was also her idea to use the lace as trim. All in all I'm very happy with my new dress and the process of ordering it.
Posted by Roli at 10:54 am