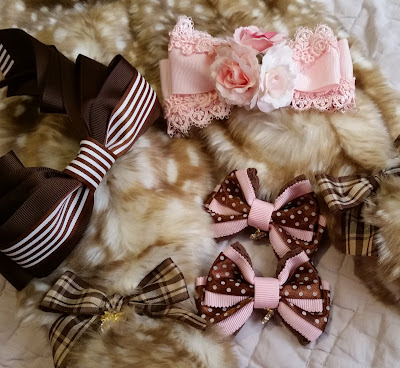 A brief shopping services review before I go onto sharing my new wardrobe additions; TaobaoTrends was fine and easy to use once again. I was sent one item in the incorrect version, but I did have the chance to correct that and did not. Also, with google translate being what it is I may have just ordered the wrong one... Anyway, I paid for my order on 13 October, it all arrived and I was sent photos (still really love this part of the service!) on the 25th and once I paid shipping I received a tracking number on the 26th. I chose EMS and it arrived on the 30th, packed down nice and tight in a securely taped box.

I’ve been planning a Taobao order all year really. I’d been wanting to pick up a few more accessories mostly and had played around with a fantasy shopping cart on TaobaoTrends for ages. But a few things took this out of fantasy and into reality. The first was the fawn fur items from Sweet Dreamer – they spawned a mighty need in me. Secondly, I got some money for my birthday. And third, while I had some time off work around my birthday I basically bet myself and James that if I could finish the first draft of our novel then and there, rather than writing gradually for the rest of the year, I would get a nice reward. I succeeded. So with all those factors combined I actually finalised and placed this order!

I kept my order restricted to only a few stores, so let’s start with the things from Sweet Dreamer. As I mentioned fell in love with their new fawn fur items and got myself three different pieces: a scarf, a headdress, and a pair of ears. The ears on their own were a last minute addition. I had decided against them but at the last moment before confirming the order I had a hunch I would regret not getting them, so I added them to the order. 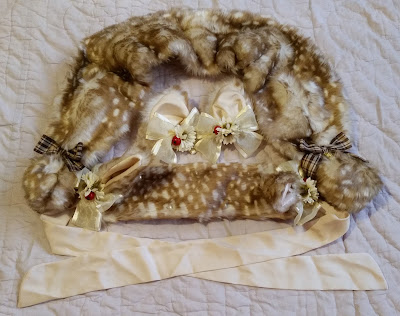 All the fawn fur things are beautiful, well made, and super soft and fluffy! I am incredibly happy to have added them to my collection ^__^ The headdress in particular was a pleasant surprise because it actually looks really good on me, which I was not entirely expecting, and it's pretty comfortable to boot (I wore it to work for the Halloween party so that's 8 hours with no major discomfort). Another thing that pleases me is that the floral bows on the ears and the headdress are detachable so I can ditch them, or really overload an outfit by using all the bows from whatever I'm not wearing elsewhere on my outfit. Or I can just use them independently. Such versatility! 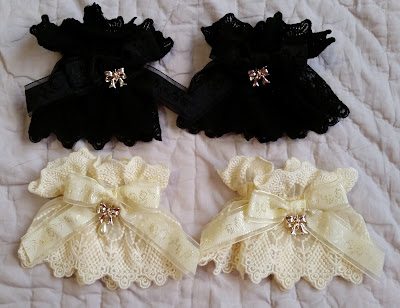 Moving from bolstering a part of my wardrobe that really didn’t need it to things I did actually need, I also bought two pairs of wristcuffs – one ivory and one black. Getting these has been on my goal list for a while so I’m glad I finally got them. I am very pleased with these, though I'll probably remove the charm from the black ones. Not too much to say about these; they are accurate to the stock photos and though they’re a little larger than I like they are still very good quality and I’m chuffed I get to tick them off my goal list. 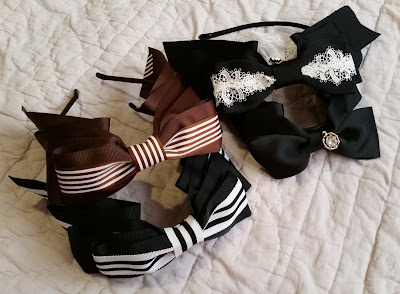 I also picked up some new headbows, most of them black! They are all well-made and exactly as anticipated. The only negative is that the one with the lace spray is made for a  head size smaller than my own so there is not quite enough lace to lay nicely across the head and instead it bunches up a little. It still looks mostly fine so I’m not too put out, and I may end up replacing it or something down the line. 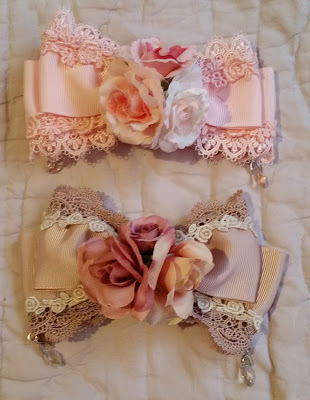 Along with the headbows I picked up this cute bow and flower clip in two colours. The pink one in particular I really needed, as I’m starting to wear a bit more pink but don’t actually own anything that’s floral and actually just a regularly pink-pink. The other one I thought may be a good match for Anniversary Rose, which it kind of is, though I’m coming to realise nothing is ever going to perfectly match that JSK. Colour matching aside these are both really high-quality and I love them to pieces already. 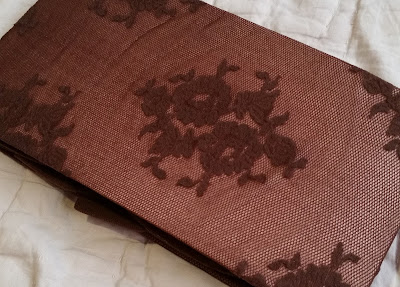 Last of all from Sweet Dreamer I picked up a pair for floral lace stockings in brown. To be honest, I thought these were OTKS and am a bit bummed that they aren’t. They seem to have decent length and stretch to them but I haven’t tried them on because I’m definitely too big for them at the moment and don’t want to damage them. However, that aside I think they’re very pretty and I’m glad to have bought them! 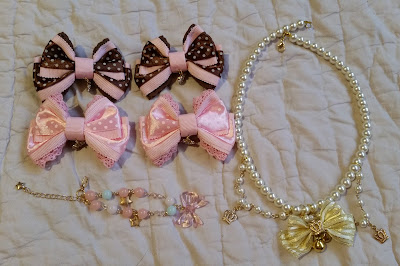 Next I got some simple and cute accessories from the same store I got a bunch of things from in my last Taobao haul, Sweetheart Square. This time, in addition to some bows that I felt were good additions to my ever growing collection of bow clips, I got a necklace and a bracelet. Slowly but surely I will develop my jewellery collection to be a bit bigger and more versatile. Every is really nice and I particularly love the bracelet but something I didn’t realise is that the necklace had bells on it! Right under the bow in the middle the dangly things are little bells! I’m leaving them for now but will probably remove them before I actually wear it out because I think it would get very annoyed very fast. I should also mention that the jewellery clasps are quit stiff, but that doesn't bother me overmuch. 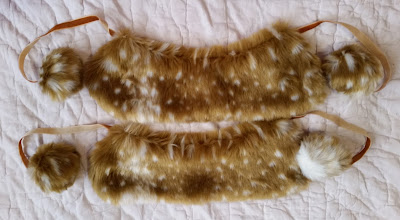 And then I found something else from my goal list – fawn fur boot toppers! It does bug me a little that my fawn fur items are different patterns, but I don’t think anyone but myself will notice too much when I’m actually wearing things. It also helps that these are really super pretty and cute and fluffy! These are the things where I got sent hr wrong version – there was this version with fluffy balls on velvet ribbons and a version with satin ribbons and I ordered the satin ones (I think). However, I only went with that version because I thought it was a bit more neutral/versatile so I don’t mind getting this one. I also grabbed a lavender beret from this store but didn’t take a photo of it.

Lastly I stepped away from lolita and purchased two skirts to use for steampunk photoshoots, and last of all, on a whim right as I was placing my order I decided to order some laces from Cock Robin’s Song. I don’t have any big sewing projects on the horizon but I just wanted to get the lace. No reviews or pictures on these, as they're already stashed away in the relevant places, but I'm happy.

So that’s my recent Taobao haul! The terrible (wonderful?) thing is that I’ve already started putting together a new fantasy shopping cart so who knows, maybe I’ll place a little order in the 11/11 sales…

Have you ordered from Taobao recently?
Posted by Roli at 11:14 am