I didn't think I'd wear lolita much as the weather grew warmer, but it turns out 2018 ended with a bang! In the lolita sense, that is ^__^

Ahem. On the lolita front I just wanted to run with something comfy and cute to match the t-shirt, and this is what I ended up with. 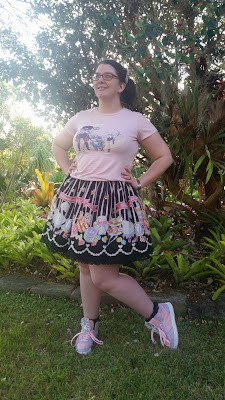 Also, he really rocks having finger tats and now I am 95% committed to getting a Sailor Moon tattoo myself now... (and the staff at the tattoo parlour kept asking me where I wanted these ones...and I'd just reply "on him!") 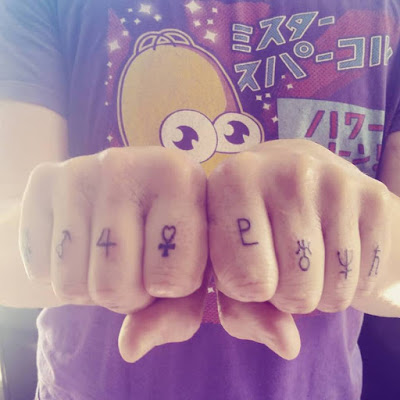 The next time I wore lolita was with James, and by with I mean with because he wore ouji! We went together to the Sydney Lolita Christmas meet, and I already blogged a lot about the whole thing here. Here's a rundown of both our outfits! Unfortunately I don't have solo photos because the card from the camera has gone AWOL, so have a shot of us together for my rundown then one of James on his own for his! And because he's cute, so I want to share it anyway ^__^ 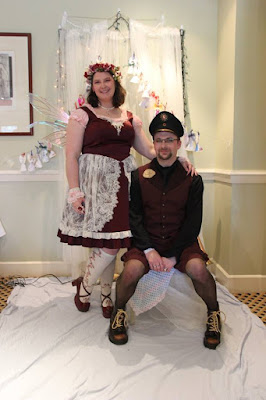 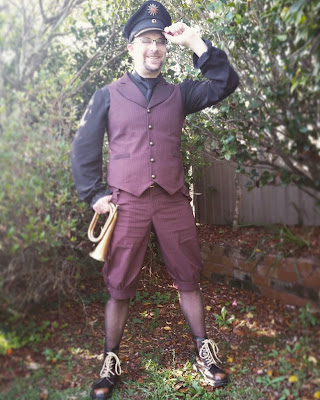 Also, just need to put it out there...how cute is he?! He even replaced the laces in his boots to match his hat. Which he modified wonderfully. And I should also mention that, despite what you may expect, I had no real hand in putting his coord together - it was all him!

I next wore lolita to my work Christmas party, purely because our dress code mandated we wear a hat and I'd only recently received my straw boater. So I decided to wear it with my Metamorphose Rose Stripe Shirring Pinafore JSK which is basically the main dress I'd bought the hat to match! For the rest of my outfit, I pulled out a few of my trusty staple pieces to go with it. 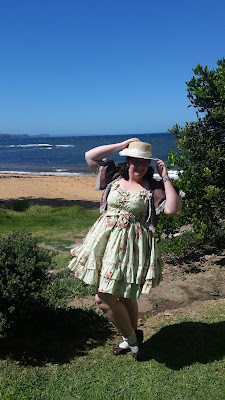 However, we need to have a moment of silence. My shoes, that I have worn so long and so well, gave up the ghost on this day. The left sole started coming detached at the toe and, combined with getting some sand in there that just won't come out, means that these shoes are pretty much goners. James is going to attempt repairing and cleaning them for me, but their time may have finally come.

Then I wore lolita for work again, this time for my last day. It was a really bittersweet day but I'm glad I wore lolita for it. One co-worker had said I should wear the socks I'd been gifted at the Christmas party the week before, then another had said I should come in full, proper lolita...so I did both! And I liked the result quite a bit, especially because trying to tie the socks in pushed me a bit out of my usual comfort zone. 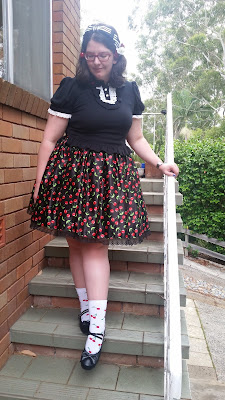 I also wore lolita briefly for this years Christmas photoshoot, because my tartan BTSSB dress is just perfect for Christmas-y looks. If you want to see the rest of the photos, check out James's Facebook page or my Facebook page ^__^ 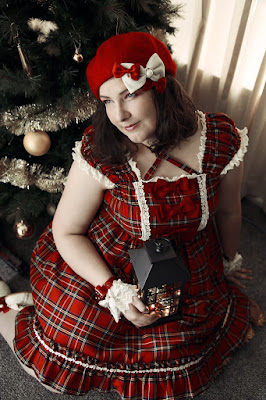 Last of all, I organised a Christmas meet for the Newcastle community. I haven't had a chance to blog about this yet but spoiler alert; James came too! Two meets in one month! So here's a rundown of both our coordinates, me in a general Christmas theme and him as a reindeer. 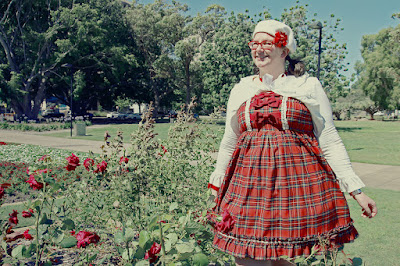 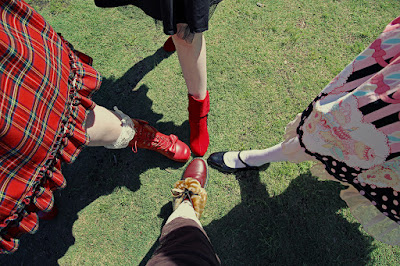 I also need to mention...December was not my month for shoes because these ones broke completely on me! James had noticed it looked like the sole was coming loose, so he did some pre-emptive gluing but it was still not enough and by the end of the meet the soles were barely hanging on to the shoe. But oh well. They're one of my least-worn shoes anyway so I don't mind too much. 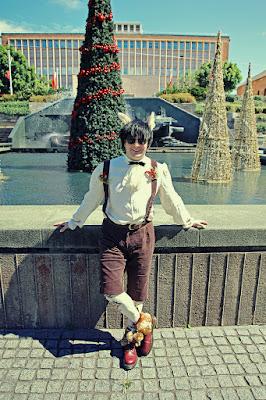 Ahhhh again I can't get over how damn cute he is! Squee! I had more influence in this outfit, and the main concept and shirt/pants combo was my suggestion, but once again James took the styling in his own way (including making the clips on his braces) and came out looking amazing.

In the end, December was quite an active lolita month for me (and James, hehehe)! I had a lot of fun with lolita this year and was glad to keep up the habit of wearing it regularly. Since I enjoyed doing it last year I will probably put up a wardrobe analysis post in a little bit but for now, that's all folks!
Posted by Roli at 11:38 am