Even though I'm posting a new review after vowing to not buy much lolita and to sew more instead [which I have been!] I haven't abandoned my principles. This gorgeous new wardrobe addition fits both my criteria of being under $50 [before shipping, at least] and something I'll get a lot of use out of. Presenting my new fawn fur beret from Peacockalorum! 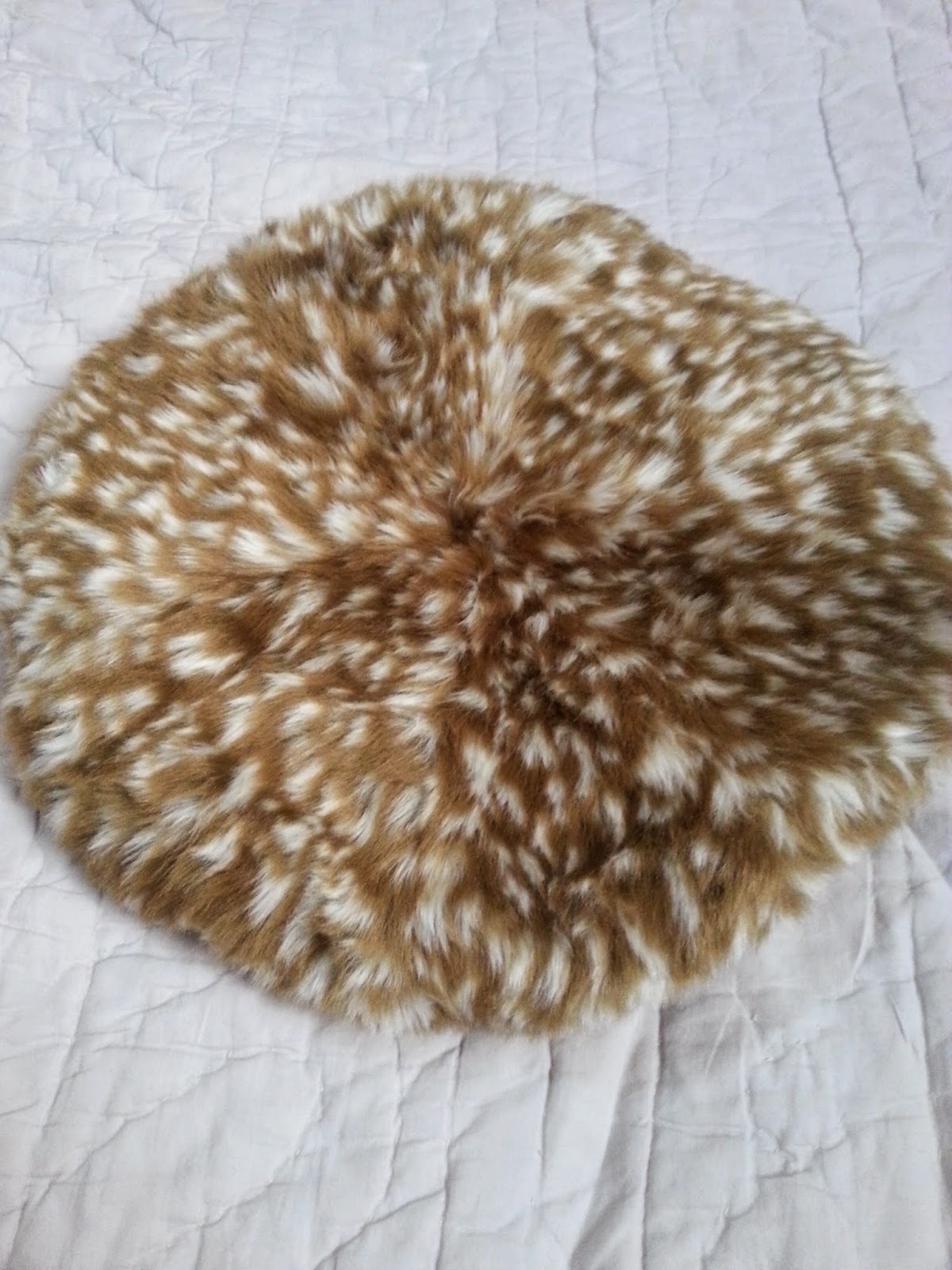 Yes, yes... I know it's not that exciting when just laid out :p

I've been wanting a fawn fur beret for ages. I had one bookmarked on taobao, but it sold out. I saw a BTSSB one for sale second-hand but as I deliberated, it sold out. I had some fabric bookmarked on etsy to try and make one myself, but when I went to actually buy it, it was sold out. I contacted Sweet Mildred to see if I could commission one but she stopped getting back to me so after a few attempts I stopped trying. And then, like a gift form the internet gods, I saw a post from Peacockalorum in my facebook feed and mentally hit myself for not thinking of it before. Where better to get a matching beret for my fawn fur collars than from the very person I got the collars from?

First of all I must say her communication was fantastic. I contacted her asking if it was possible to commission a fawn fur beret, and I never had to wait more than a day for a reply, even when she was making up a sample! And she did actually make up a sample, because apparently I wasn't the only person asking about such things. 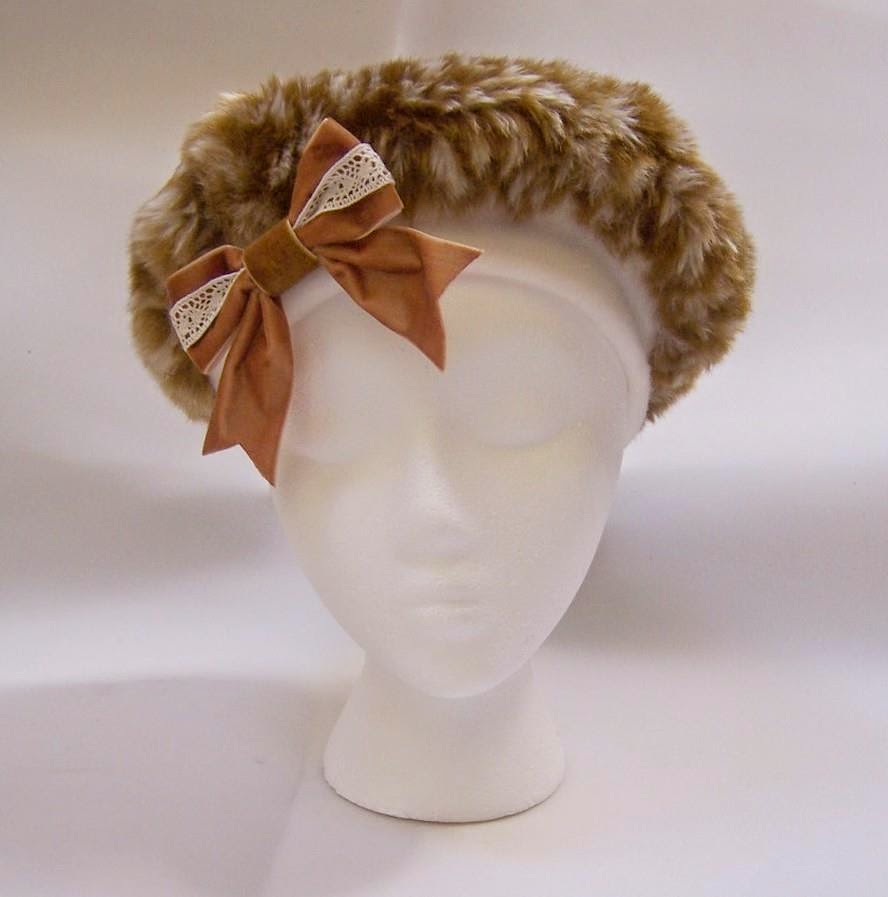 This is the sample picture she sent me, and I thought it was awesome and after she answered another question of mine I said I'd like to go ahead and order. At this point, it was the 20th of February. I'd first contacted her on the 15th. I think that's pretty good. On the 23rd I paid and on the 6th of March she sent me the following picture of my completed beret! 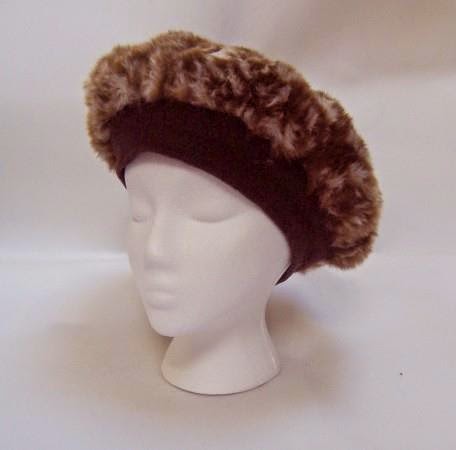 On the 7th of March she marked it as posted and I received it on the 11th of March. As far as a review of the actual product, it's really nice and very neatly made. Due to being fur and lined in fleece, it is a bit bulky but that's entirely due to material choice, not any flaw of construction. It fits my head quite comfortably and is both warm and cute! 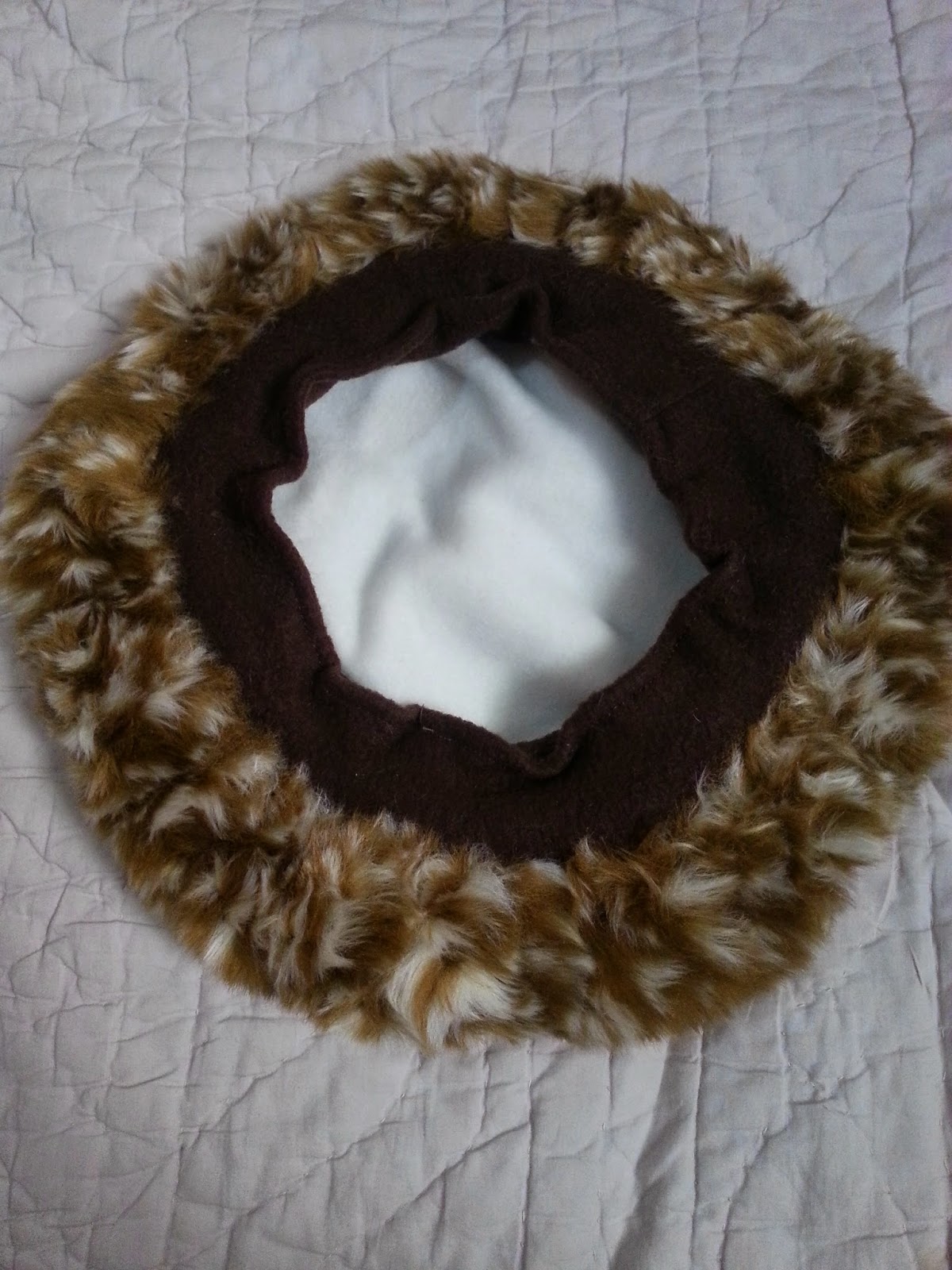 Here's a quick shot of the inside to show the lining, which is cream fleece. The brown fleece band looks a bit puckery when not worn, but that happens with circular thing, and it lays perfectly when worn. All in all I'm really pleased with it, and am happy to have grown my fawn fur collection a little bit!
Posted by Roli at 11:45 am