Lolita Blog Carnival: Create A Coord Based On A Book

“Death and what came after death was no great mystery to Sabriel. She just wished it was.” - Sabriel, Garth Nix

When I saw this prompt come up again in the LBC I decided it was high time that I paid a lolita homage to what is probably, if I was forced to only choose one, my favourite book. And, sepcifically, the main character of said book.

Obviously, you can't really channel fantasy vibes complete with magical bells and a talking cat into a coordinate so I instead chose to focus on two ideas. The first was to incorporate the key motif (they should be silver, but you can't win everything), and also to channel a little of a vintage schoolgirl vibe, since that's who Sabriel is at the start of the novel. 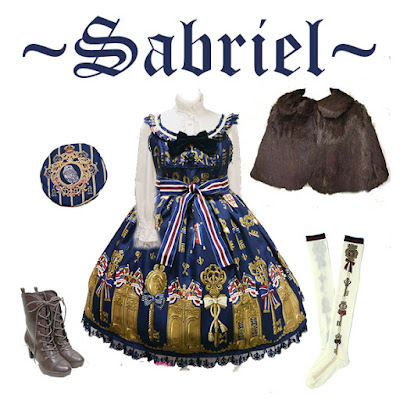 In the end, it's a rather simple look. Even though the JSK is from Angelic Pretty, it's still rather a classic coordinate and I actually really like it. While it's not inspired by the book in the sense of "if Sabriel was a lolita, what would she wear?" but I do think that if one was to wear this, another fan of the book might well recognise it ^__^


Read more from other bloggers:
Cupcakes and Unicorns
The Bloody Tea Party