Outfits with my handmade green skirt

I showed you my newest handmade lolita piece and now I want to share how it works in a few different outfits! 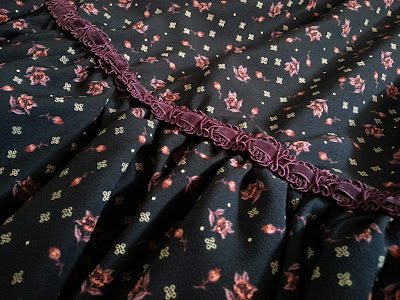 I still am quite happy with this skirt. It's not groundbreakingly amazing but it's a nice casual lolita skirt, which I like, because I do casual lolita more than anything if I'm being completely honest about things. 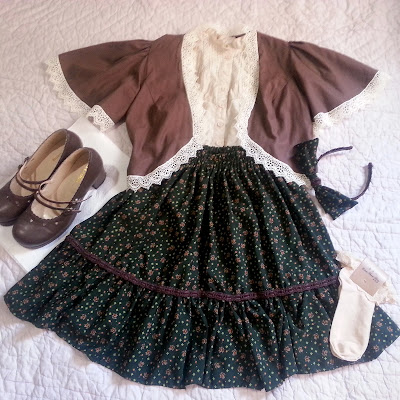 Firstly, an outfit that I've already worn a variation of in a non-loltia way. San bolero, bow and petticoat this jut made for a cute, albeit unusual, casual outfit for some shopping last weekend. Add those in and you have a nice, summery casual lolita coordinate. 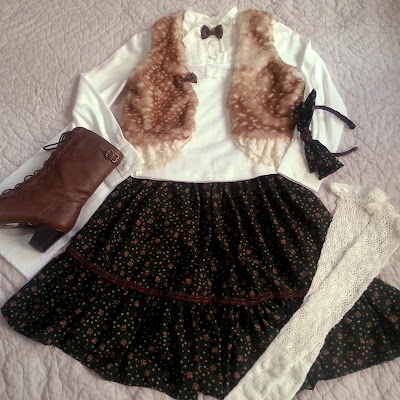 Then I tried something new (which my camera hated, so excuse the picture quality) and to be honest, I'm not too happy with it. Something is just not quite right here and I think it's that the top is so light and the bottom is so dark. However, if I were to actually wear this with my hair down it'd probably work a lot better because I have quite a lot of long, dark hair so it would kind of balance things out. 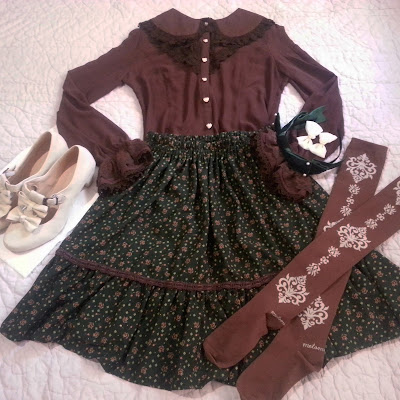 Lastly, I put together a very "typical" outfit, for lack of a better term. It's nice but I feel it's also a bit boring thought I really shouldn't, because it's got a decent amount of detail going on, everything matches nicely and as I said, this is a pretty casual skirt so any outfit with it is by default going to be casual.

Wow... after writing out the descriptions to these outfits you'd think I don't like this skirt, but I do! I think I've just gotten to a point with doing flat-lays that I like trying to do things a bit more unique and out-of-the-box and I get a little frustrated when an item of clothing doesn't lend itself to that. However, those items are generally the ones I like to actually wear the best, so there we go.
Posted by Roli at 1:00 pm