Just a little haul this time; a JSK, a cutsew and a bolero. But I thought better a small haul with things I really want than a big haul filled with stuff I bought just because I had an open order. This whole "restraint" thing is getting some good practise! 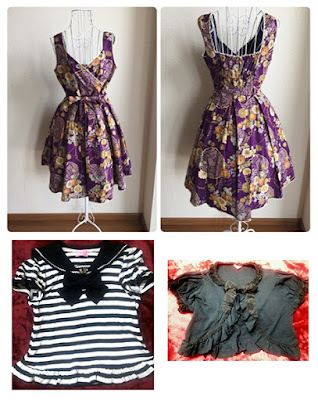 As usual, I used Buyee as my shopping service and once again am quite happy. The AUD is doing pretty badly against the JPY at the moment, so the prices aren't as good as they used to be, but that's not Buyee's fault. They have restructured their fees, which I appreciated, and somehow I had a free international shipping coupon, which I used, so I cam out quite well.

This order started when I found the Metamorphose kimono print JSK, and then I managed to get the cutsew quite cheaply, and the bolero for a steal, and then I called it quits before this got out of hand. I was rally excited about the items proportionately to the order in which I bought them, which made it rather funny that my level of satisfaction was directly the opposite of my excitement! 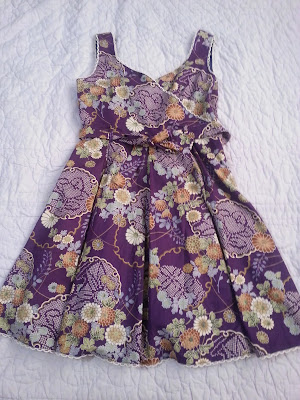 First, I want to show off the JSK. I'm not quite sure when this one was released, as it's not on Lolibrary, but I immediately fell in love. It's purple (I love purple) and while the print is quite loud I really like it, and I don't always like Meta's kimono prints. And when I saw it I felt like it could also work really well as a quirky dress for going out to dinner and such as well as for lolita. 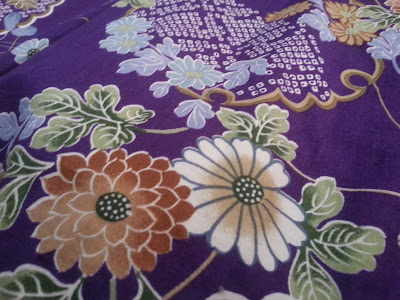 It is definitely all that and more - it's gorgeous in person. But it is short! So very, very short! It also doesn't quite fit me around the bust and waist at my current size but the length makes it a total no-go for me. I think you have to be shorter than 5"5 to wear this JSK comfortably. So I've already put it up on my sales page. Ah well. You win some, you lose some. 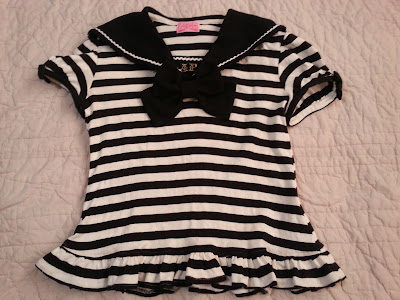 Isn't this the cutest sailor top ever?

The Angelic Pretty sailor cutsew (I'm petty sure it's their "Sailor Border Cutsew") I bought because I have been emboldened by the fact that I fit the AatP cutsew from my previous auction haul and because it is adorable! It was definitely a frivolous purchase but I felt it was worth it as it bolsters up the casual side of my lolita wardrobe. 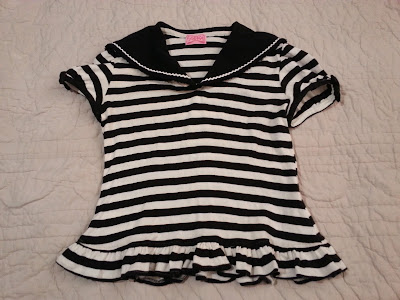 With the detachable bits detached.

I'm actually rather chuffed with this cutsew. It's really nice, and I'm pretty sure it will fit me but I haven't been able to try it on properly because the sleeve cuffs have zero stretch and are about 2cm too narrow for my arms. Which is a bummer but it's all the more incentive to get to the gym because unlike the JSK, this will definitely be something I'm keeping! It's actually even more versatile than it initially appears as both the chest bow and the part of the collar with the AP logo are detachable. 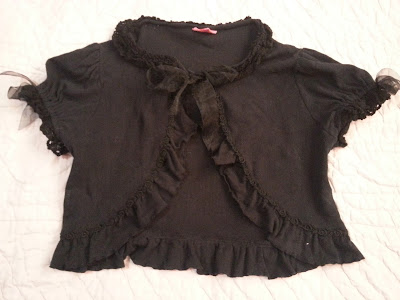 This is a bit wrinkly after washing, and it is true black I swear!

Lastly, I won the Baby, the Stars Shine Bright bolero quite cheaply which was a double win because cheap ending bids are awesome and it was something on my wardrobe goals list for this year. To be honest, I wasn't mega excited about it but I think that's why things like simple boleros and short-sleeved blouses tend to not make it into my wardrobe because there's not much to be excited about even though they're items that greatly increase my wardrobe wearability. 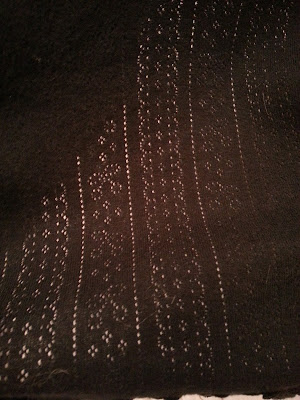 A shoddy close-up to show the fabric pattern.

However, when I actually got my package the bolero really blew me away! It's a lovely textured fabric, with organza ties at the front and bows on the sleeves. There are actually two sets of ties at the front but the previous owner tacked one set to the inside; I like it as it is now but if I want to wear this with a more fancy outfit I can unstitch them and have double the bows! This bolero is also awesome because it really can be worn in casual or more dressy ways so it is super versatile. And it fits me perfectly, so in the end the thing I was a bit "meh" about is the thing I'm happiest about!

If anyone can identify the JSK or the bolero that would be awesome, because I'd probably love to have the bolero in other colours and if that Meta released other cuts in that kimono print I'd be interested in those as well as long as they aren't too short!
Posted by Roli at 6:10 pm