As we all know, January is wardrobe theme month on EGL. This February the mods brought back a follow up theme: dress me up! The premise is that you are partnered with a fellow lolita and you each make the other a coord from your wardrobe post. You can also let other people make you coords if you want, and since I love playing with people's wardrobes I came up with a bunch of coords for lots of people who participated.

My partner was coincidentally another Australia lolita, who also has a blog and has blogged about the outfit I made for her. She made me two pretty outfits, a winter one and a summer one. First up, the wintry one! 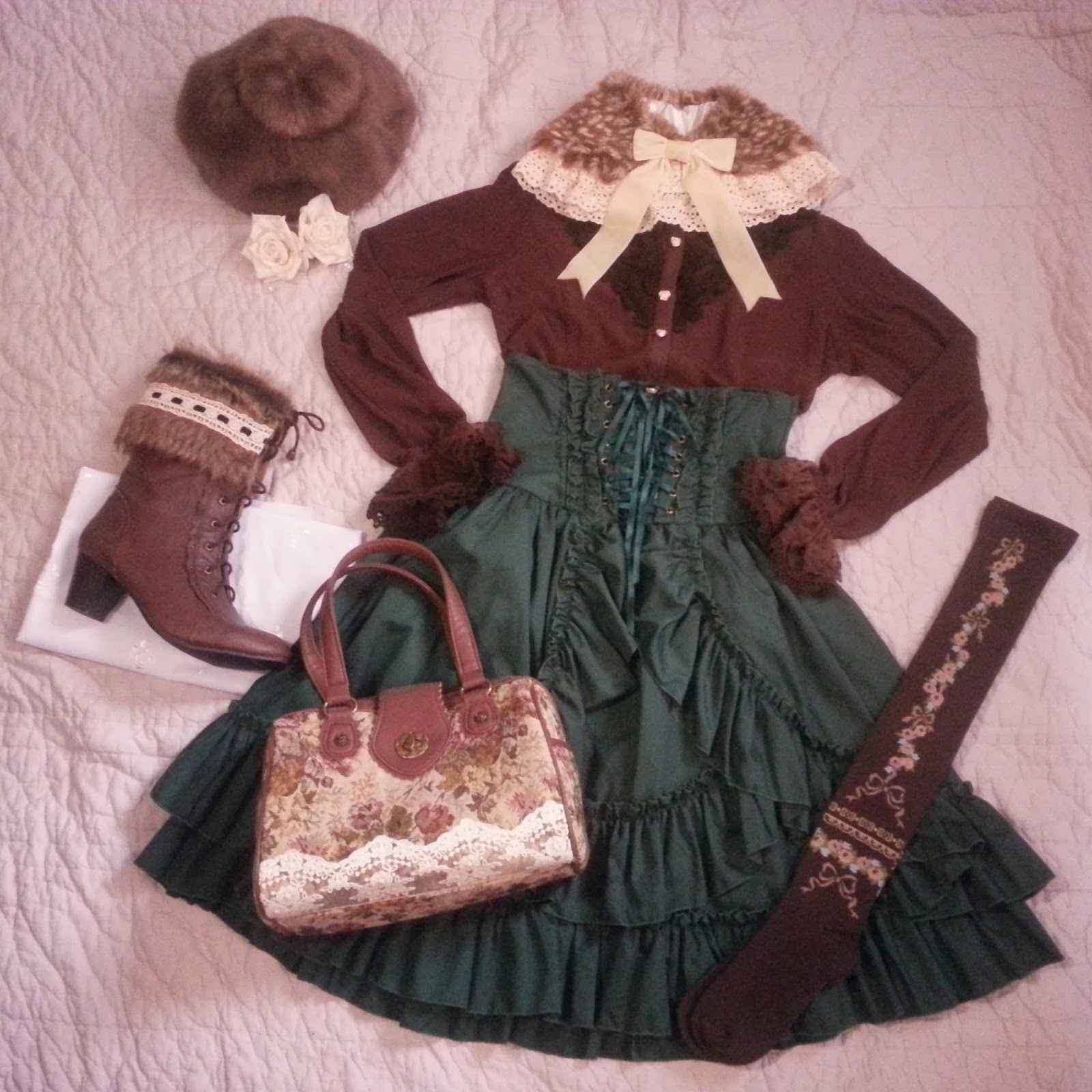 I love this coord because it's not something I'd put together myself but I'm excited to wear it when the weather gets cooler! I had to change out the headwear she chose because my pictures weren't clear on the colours and since I was changing it I though the giant fur hat thing was a good choice. I'm not sure what I'd do with the flowers, but I though they brought some good lightness to the general hair region. 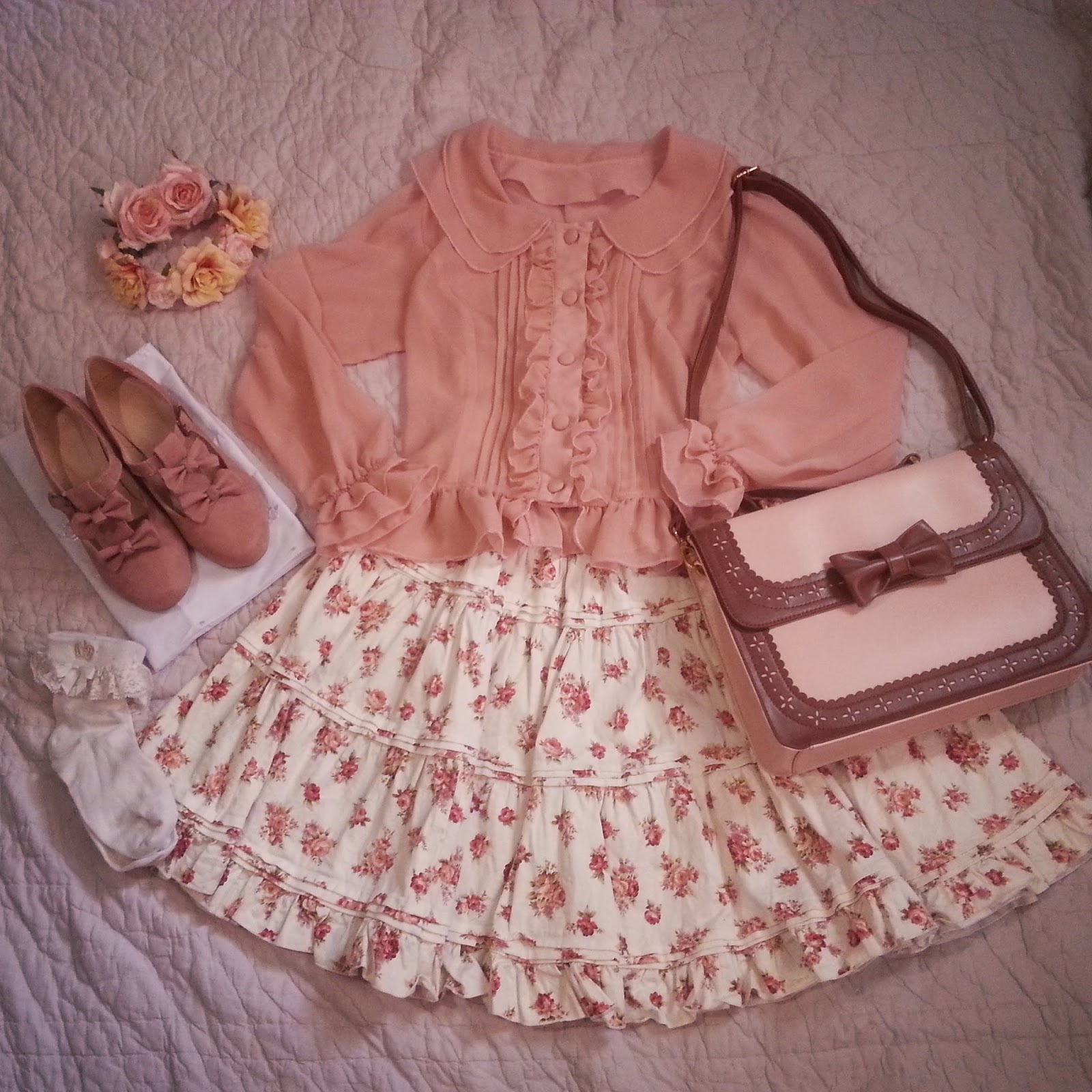 The summery coord is also really cute though unlike the first one I don't think it's something I'd wear as I suit darker colours better... though the more I look at this picture the more in love I fall and the more tempted I am to try. I was so happy she put together two coords for me instead of one, it was a really nice thing to do ^__^ 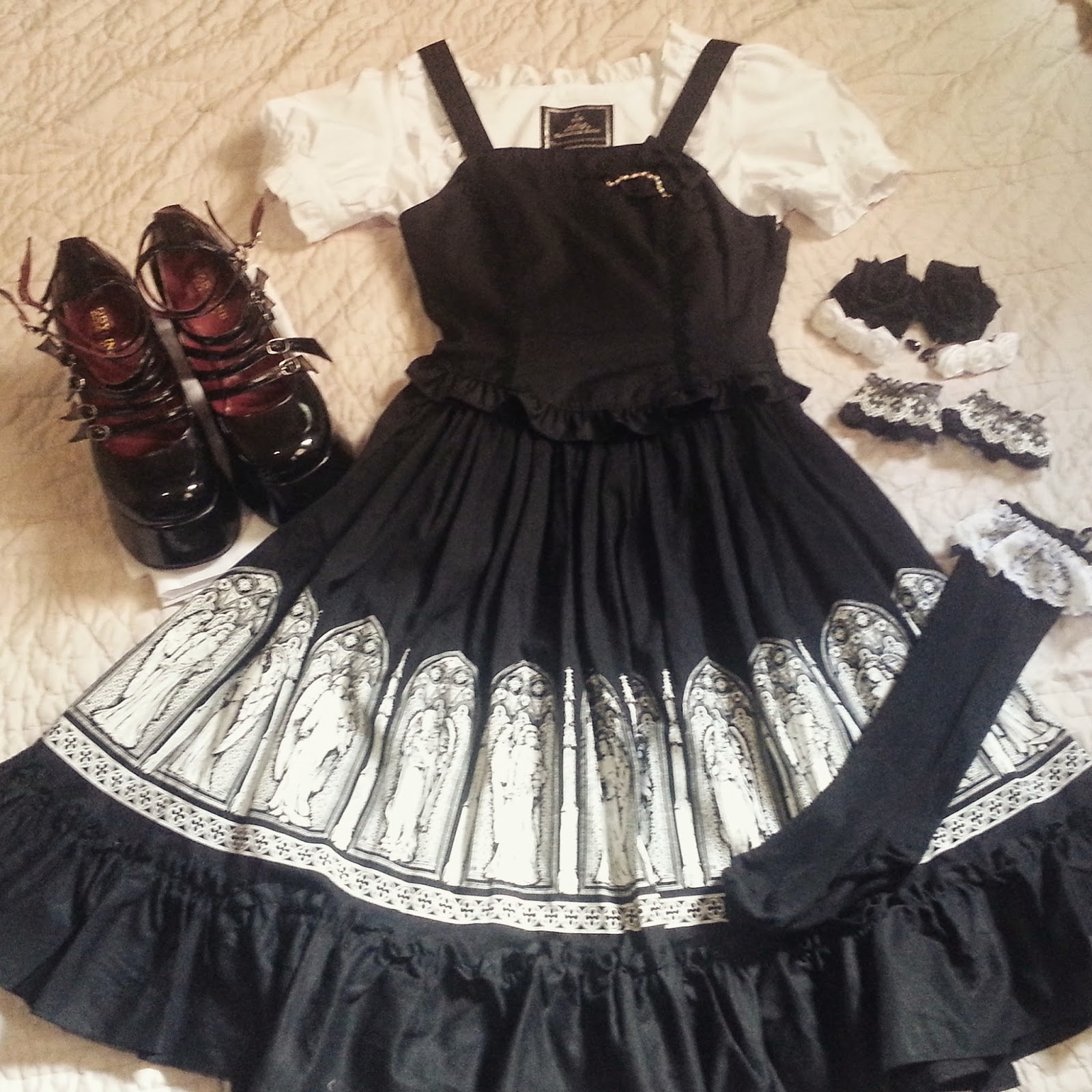 And another user made me this old-school coord [though for some reason it's not showing on EGL even though I got the email notification for it]! I added the white flowers to the hair as well as the black ones they suggested, and my black and white wristcuffs which I didn't include in my wardrobe post but that I though fit the style well. I think this outfit is really cute, I'd definitely wear it for a photoshoot or something, though probably not for everyday wear.

I loved seeing people put together outfits I made for them, and I'll definitely put up worn pictures if/when I wear any of these coords!
Posted by Roli at 8:39 pm