Yesterday I started, and today I finished, making a bolero using the Simplicity 2183 pattern. And it's really cute! I know in my list of sewing goals I mentioned I wanted to do a long-sleeve bolero first, but I really liked this pattern and thought that I'd give it a go anyway, since once I've got the body down it's easy enough to change out the sleeve. 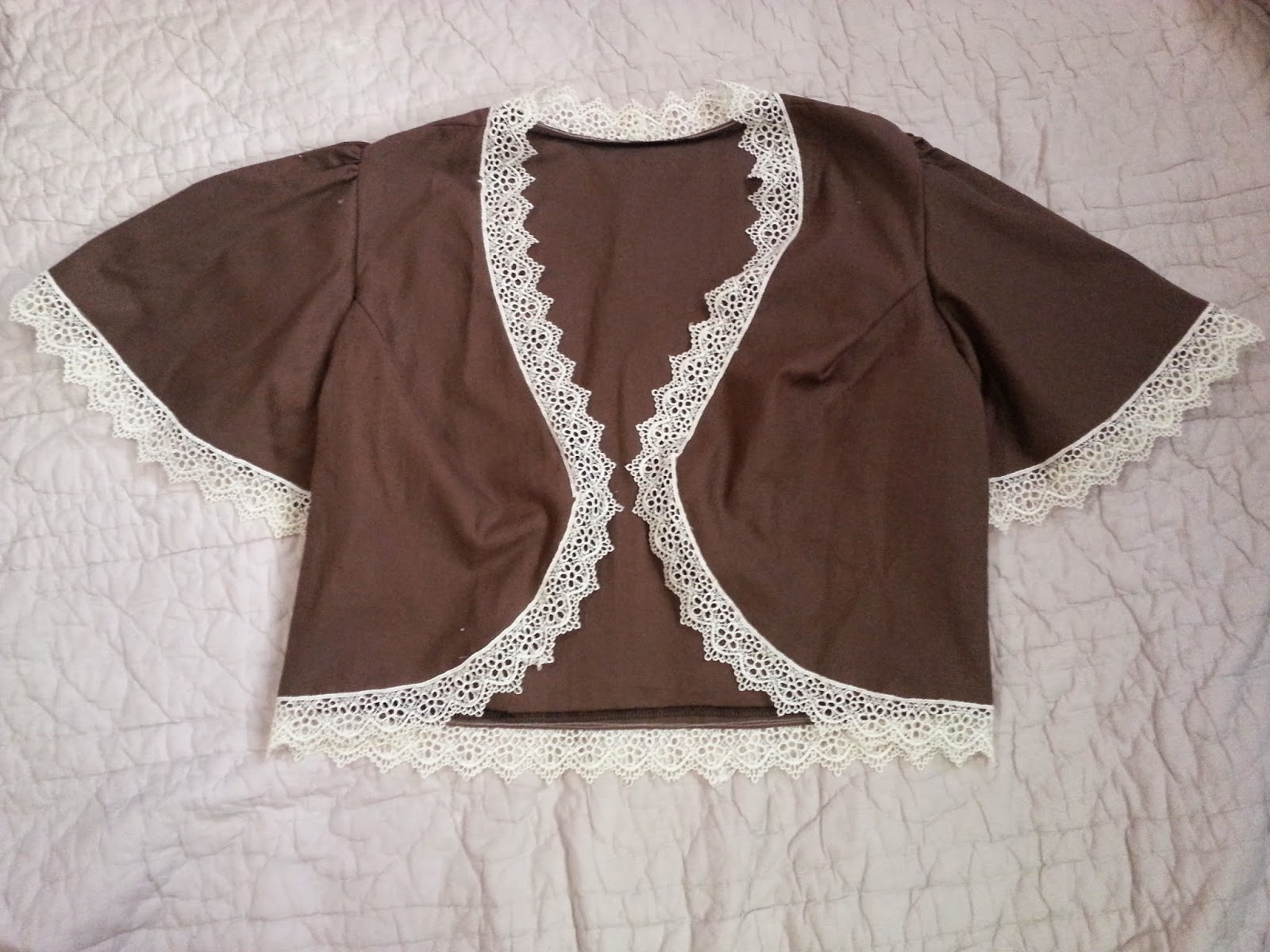 It's a bit messy on the inside because I decided to not do a lining and just hem it instead, which is not something I recommend doing but I wanted to save on fabric since it was my first attempt and I didn't know if it'd work out. I'll probably do it properly next time though. I finished it mostly in one sitting last night but ran out of lace so I couldn't finish until I bought more today.

Here it is in an outfit with IW's Anniversary Rose. I'm really happy with how it turned out and I'm looking forward to sewing even more boleros for my wardrobe! 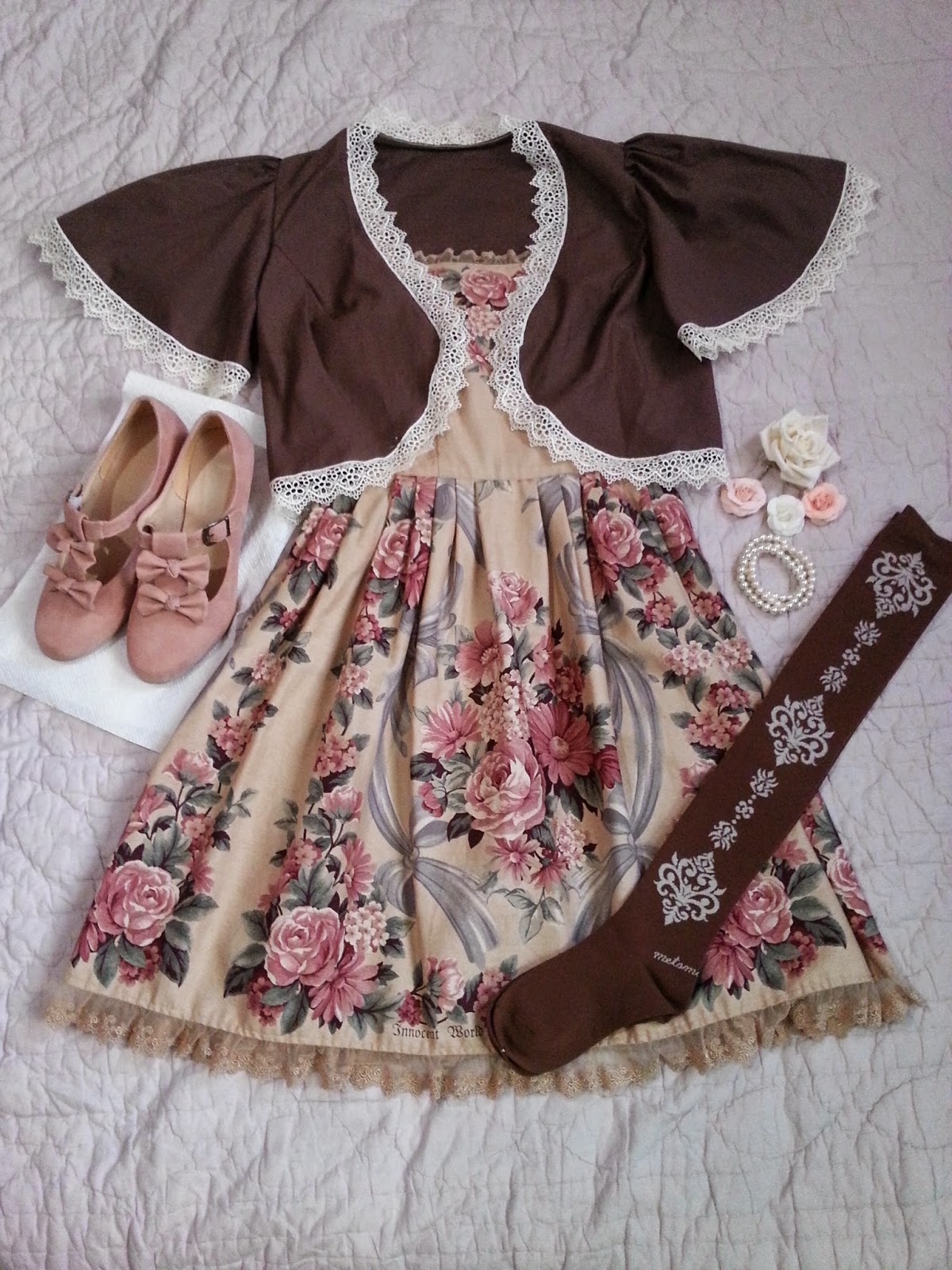 The pattern was very easy to follow and unlike some other patterns I've used, didn't turn out ridiculously huge... James and I have had the worst luck with that lately! The only issue I encountered was the the bust dart was in the wrong spot to suit my body, I had to move it up by about three centimetres, but other than that it's a decent pattern.
Posted by Roli at 5:26 pm