Another meal prep, but with very few pictures this time because I finished up quite late at night yesterday. I made six each of  salads, chicken and veggies, lamb and veggies and straight veggies... because I messed up quantities of meat. Normally I'm great at eye-balling measurements and volumes then occasionally I get it very, very wrong. 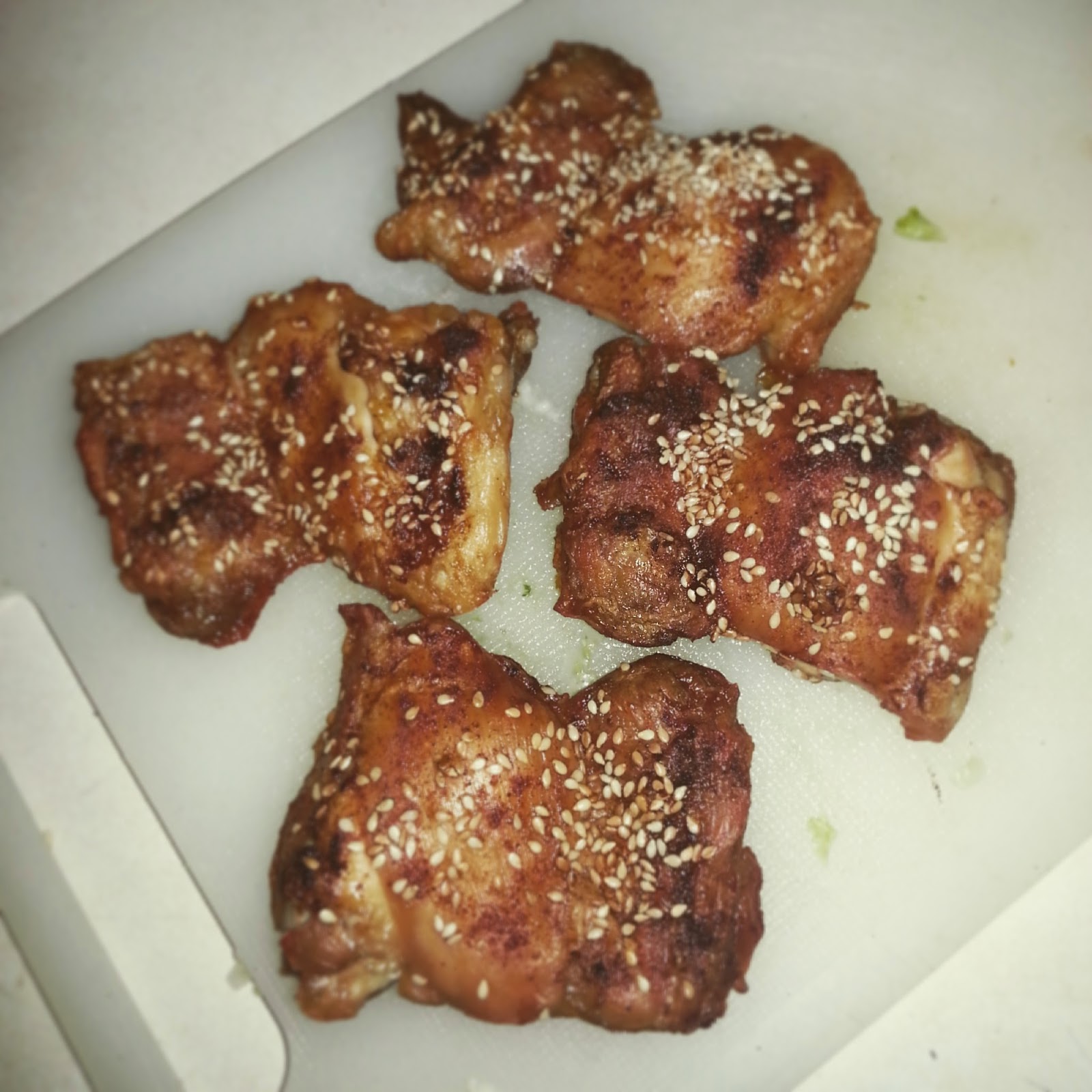 I did something new with the chicken thigh this time, which turned out rather nicely. Sesame, paprika and lime flavour. Sesame seeds are just divine. 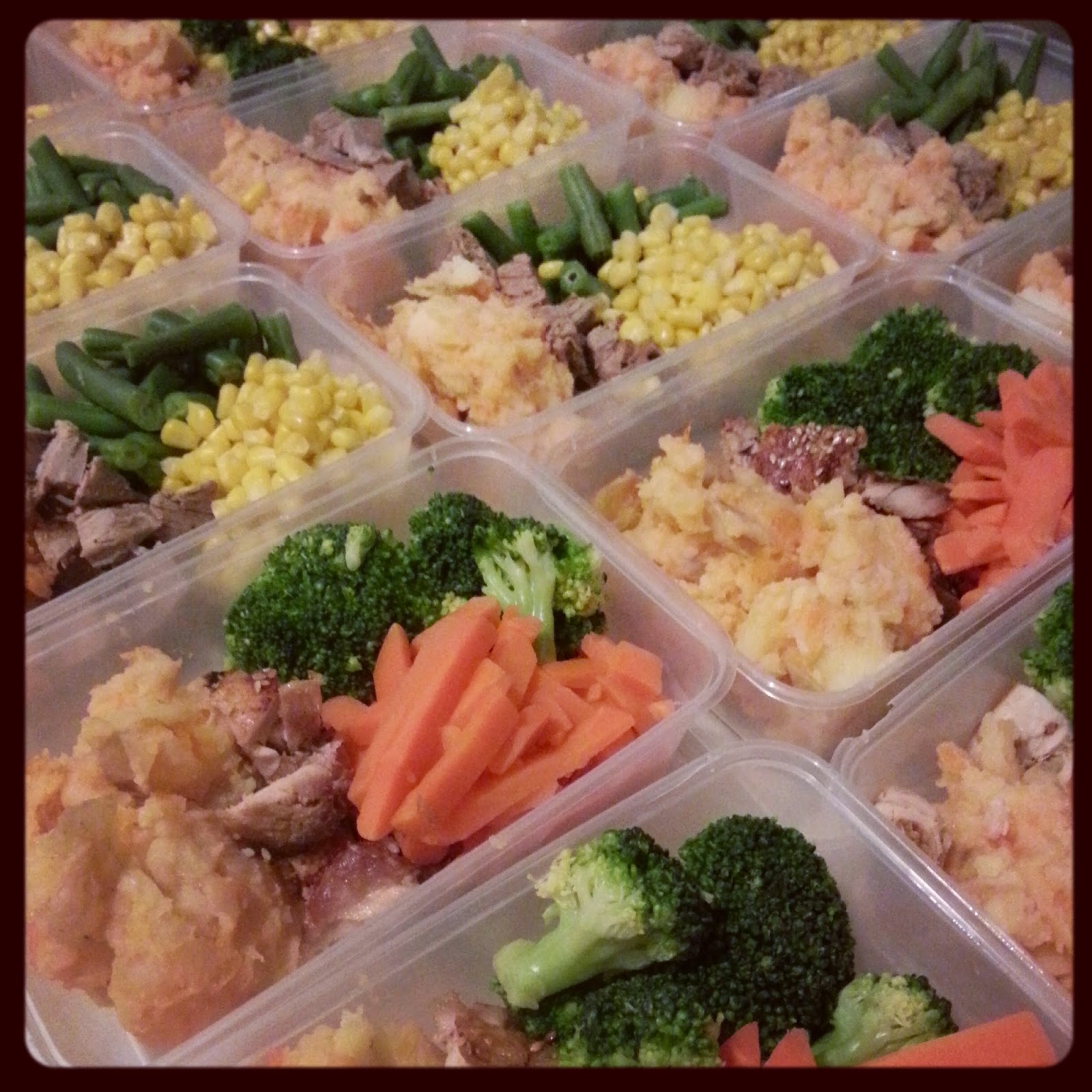 Above is a selection of the finished meals. The mashed potato is mixed with home-grown sweet potato and, even though it's lumpy because I'm not a good masher apparently, it's quite tasty.
Posted by Roli at 11:04 pm