A Wardrobe Challenge: Pink and red and white, oh my

This wardrobe is actually came up at a really convenient time as I think it's a great example of using the colour scheme method of building up your wardrobe that I outlined in my last post. Such a good example, in fact, that I almost didn't do it because at first glance this wardrobe has no glaring holes. Plenty of blouses and shoes, a cohesive colour scheme... but as I looked I did notice a couple of possible ways they could make it even better. 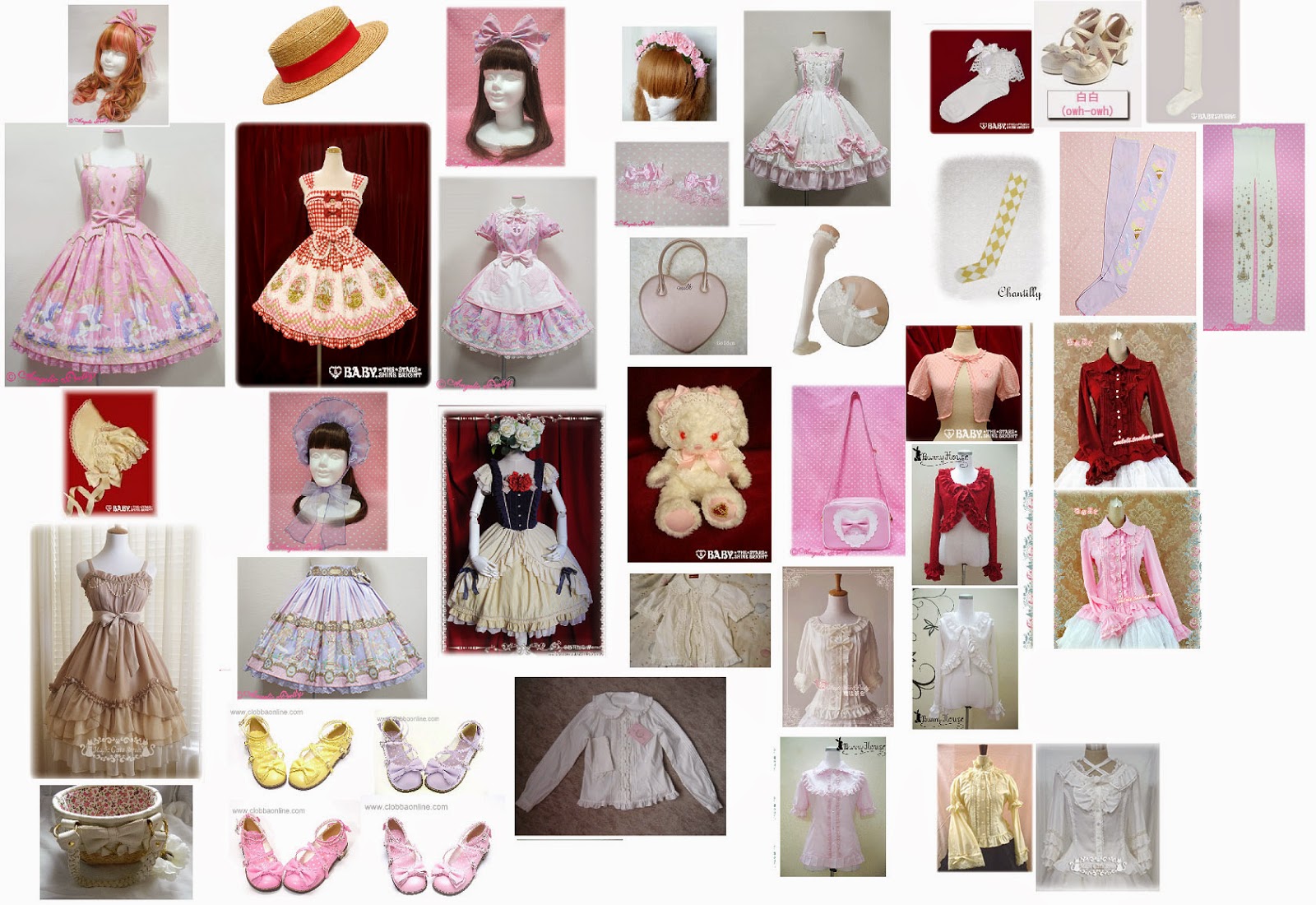 This Anon gave me the above image to work with, and to be honest they need very few things to get it to what I consider a great level of versatility. In addition, as long as they stick to the four main colours of pink, white, lavender and red they won't need to buy any new blouses or outerwear for a very long time, so they can really focus on building up their main pieces from here on. 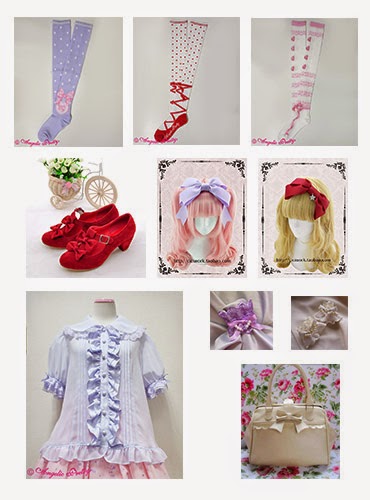 These are my suggested additions and as I said, they are few. I would also suggest they invest in white shoes and headwear as well as a generic pink headbow of some sort, but if they just get pieces like the ones above they've got a pretty perfect wardrobe going.

As usual, I put together some sample coordinates to show the additions in action. But I want to note here that though I usually try to use every piece in the existing wardrobe in the sample outfits I could not find a use for the yellow tea party shoes. They may make for a nice pop of contrast to some outfits, but I couldn't find a way to make them work to my satisfaction.

JSKs like this, with several colours in the print, are super easy to work with. I really think the new lavender blouse makes for some great contrast in the centre outfit, and pairing the floral headband with the chiffon half bonnet is quite cute.

I don't have much to say about these outfits, so I'll take the opportunity to draw your attention to the fairly plain white bag I've suggested adding. Though I don't normally focus on bags, Anon's bag collection really needed a versatile white purse, so I bent my usual no-bag policy and included them this time around.

This JSK was a little tricky, because I've heard it's a lot more yellow in real life, so in the left and right outfits I chose to draw more on the red to match the floral corsage and the Snow White theme, but the centre outfit I assumed the flowers are detachable and tried something different by introducing a third colour. This outfit is something that I'm not sure will translate well in real life, but I thought it was worth including.

At first I thought this JSK would be hard to work with, but it turned out to be really fun. Working with pink, whites and then red gave three quite different looks, all of which I think work really well. I'm also now kind of regretting not getting this JSK myself.

I promise I won't repeat my spiel about loving plain lolita main pieces. Not a word about how awesome dresses like this are will pass my lips. These outfits are the only testament to how awesomely versatile non-print pieces are.

And I also won't reiterate how difficult I often find printed OPs to be. But in cases like this, it's such a statement piece on it's own it doesn't really matter too much what you wear it with because it dominates the outfit. Which is not a bad thing at all, just not my preference.

Lastly, we have Anon's lone skirt in three fairly simple variations, and with that, we are done with this wardrobe!
Posted by Roli at 4:30 pm