Lolita Blog Carnival: Share 5 Releases From When You First Got Into The Fashion

I bought my first lolita items in 2012, a whopping six years ago. It’s been heaps of fun and there have been many trends come in and out of style as well as loads different pretty things to buy and just admire. So this week’s LBC topic seemed like a great way to have a look at what wat happening in lolita when I was starting out. I’m not going to talk about prints that we already know I love, like Dim Light or Chocolate Rosette, but instead I wanted to highlight some prints that came out in 2012 that I still think are really lovely.

I didn’t know until writing this post that Alice Mirage in Paradox by BTSSB was released in 2012 so I was kind of excited to find that out! This is a print that piques my interest every time I see it for sale at a decent price, but given that I’m too large for it currently I always pass over. I just love the frames coupled with the unusual graphic tartan background; there’s really no other print quite like it. 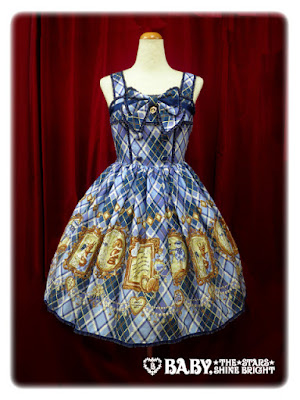 Similarly, over time I’ve been gradually falling in over with Angelic Pretty’s Sweet Cream House. It’s so ridiculously busy, but manages to still look somewhat simple at the same time, probably due to it being such a tall border print. I especially love it in the pastel colourways and would love to own it in mint. I probably never will though, damn you AP for being too short for me! 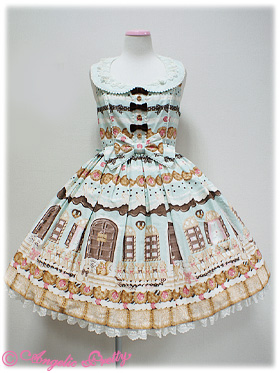 Another Baby, the Stars Shine Bright print from 2012 that I love is The Secret Garden. Both now, and definitely back in 2012, it’s very much not the kind of thing I wear, but it’s just so beautiful! I also love the whole concept of book illustration prints and would love to see more of this done. Speaking of Frances Hodgson Burnett book prints though, if any brand ever releases an A Little Princess or Little Lord Fauntelroy print I think I’d have to buy it immediately. Especially if it was by Innocent World. Oh my. I want this. I didn’t realise how badly I want this. 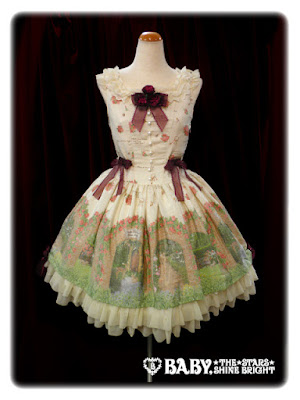 Ahem. Enough rambling about things I want that don’t exist, on to sharing more pretty prints! Next is Innocent World’s Alencon series, which is something I love because it’s so detailed, yet so simple. Though the print is complicated the overall effect is not, and that’s something that I really enjoy in lolita. Details balanced by simplicity, best combo. 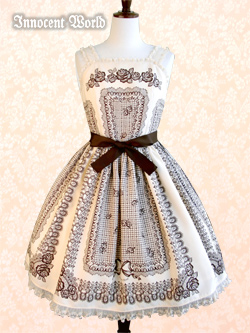 I also wanted to feature a release from an indie brand but had trouble tracking down that I remember admiring at the time. Then I remembered Lady Sloth’s Silk Cherubims series. I actually used to own a fancy version of the JSK from this series, and it’s something I actually kind of regret selling. Dark, opulent classic…I haven’t owned anything like it since. I also couldn't find a stock photo, but I think this is a well known enough peice that I don't need to really show one.

Overall I loved a lot of things that came out when I started lolita. Like a lot of people, I’m pretty nostalgic for the general 2011-2013 period. But then, if you’d asked me to do this for literally any year, I’d be able to find things I love and would really like to own. So I guess what I’m trying to say, inasmuch as I’m trying to say anything really, is that lolita is great. There’ so many amazing things being released each and every year that there’s something for everyone, all the time, and I think that’s fantastic.

As a final note I want to say that I found Luna Rain’s print discussion posts really helpful in jogging my memory about what prints came out in 2012! So yeah, check out her archives, her blog was always great.