Bodyline's place in the lolita community

When I got into lolita in 2012 , we talked about Bodyline a lot. We wore Bodyline a lot – nearly everyone had at least a few pieces from there, be it shoes or some cheap dresses. But with the rise of Taobao, the saturation of the second-hand market, and the general ease of online ordering, Bodyline almost feels like a relic of the early 2010s. Is there even still a place for Bodyline as lolita fashion moves towards 2020? 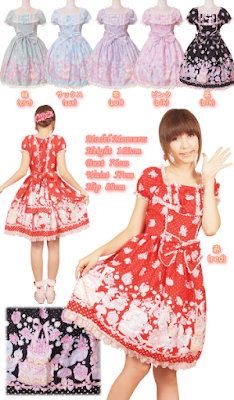 Do you remember when Squirrel Party was a well-known print?

First of all – what is Bodyline? It’s a costume and lolita store, with physical shops in Japan and an online store. It used to be owned by a comically unsavoury character called Mr Yan, but I believe the company is now owned by someone else. Both Mr Yan and the costume section  of the store were sometimes off putting aspects of the company, along with variable garment quality, occasional replicas, and generally cheaper construction and materials. Bodyline has never been “brand” in the lolita sense. But they’ve always been around, with ads in old edition of the GLB and now with a cute
Instagram account.

As I said, back when I started Bodyline was a solid presence in the Western lolita scene. With an easy to buy from website and often free shipping, compared to the sometimes complicated brand websites and costly EMS shipping, it made a lot of sense to buy from there. Bodyline had shoes and blouses in a rainbow spectrum, and lots of different skirts and dresses to choose from. When I came into the scene, Bodyline was over their direct replica stage (though they still put out heavily inspired clothing), and produced a wide range of things. Quite a few were questionable in design but most were solid pieces that could be coordinated well. And for me, at least, buying a dress that lacked the finer details and nice materials of a brand dress for a fraction of the cost was always worth it.

I’ve always been a fan of Bodyline. My first lolita purchases were two dresses off eBay but my second was a giant haul from Bodyline – most of that was sold off a long time ago but I still have one of the skirts from that haul, and some of the shoes. Even now, seven of thirty one of my main pieces are from Bodyline – 21% of my total main pieces.

Some of my Bodyline dresses ^__^

But what I’ve come to realise gradually over the last few years is that we just don’t talk about Bodyline any more. It’s not a thing. Part of that may be because they’re not really coming out with much new lolita stuff, definitely nowhere near as much as they did at their peak. People still wear Bodyline, a little, but it certainly is nowhere near as prevalent as it was and that makes me wonder if it’s still a part of the lolita subculture, and if not, what it is.

Let’s be realistic – with everything becoming more accessible (even if brand-new brand is still not what I’d call affordable) Bodyline no longer is the go-to cheap store for this fashion. Even I wouldn’t tell a new lolita to buy from Bodyline as their first port of call these days when it’s only a little tricker to order from Taobao – the sheer variety available on Taobao blows Bodyline away.

So I think that as lolita fashion marches onwards to a new decade, Bodyline will be left to the 2010s. Not that it will cease to exist – I think that big red store will loom over Takeshita Dori for many years yet with an online presence to match. I certainly will buy from them again if the release something new that suits my wardrobe! But I feel that, like EGL on Livejournal and print magazines, Bodyline is no longer a pillar of our subculture like it once was. And even though change like that is inevitable, the decline of Bodyline almost makes me as sad as when GLB ceased printing – it marks an irrevocable change and the lolita that existed when I started no longer exists.
Posted by Roli at 10:15 am