Remember how I said in my post about goals in the beginning of June how I was jumping into the deep end and making some lifestyle major changes? Yeah, about that...

A few curveballs came my way and I didn't do anywhere near as good over the past month as I intended. I made meal plans but different meals and junk food snacks crept in and I even had KFC one day. I did go to the gym more than in May, but not as many times as I intended and swimming fell by the wayside. 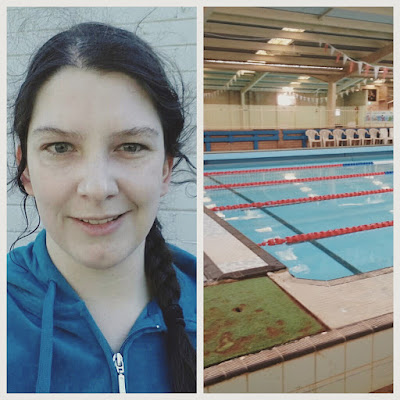 Post-swim selfie from June 1st, the only time I went swimming last month.

However! Despite not following the plan as intended, I've still made some good progress this month. Though weight and measurements have stayed largely the same I am definitely in better physical shape than the beginning of June; I'll list some of my fitness achievements at the end of this post. And even though my diet was nowhere near as good as I was aiming for I still devised a meal plan every week, stuck to it about 60% of the time and we even learned how to make delicious sushi! 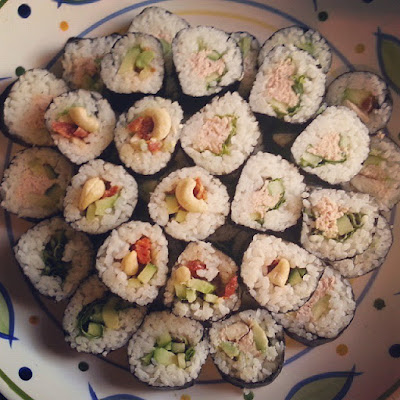 I have to say that meal planning has probably been the single best thing coming out of last month, and as long as we don't buy snack foods in future it's going to be even better at keeping our diets in a good state. We're also making an effort to try something new each week, which last week was roasted brussels sprouts, which were actually pretty okay.

Email ThisBlogThis!Share to TwitterShare to FacebookShare to Pinterest
Labels: health and fitness, personal