With Christmas just around the corner, I thought it's a good time to share one of my favourite decorations to make: three dimensional stars decorated in leftover wrapping paper. It's a fairly simple idea, so I'm sure someone else has had it as well, but it's something I figured out about five years ago. I haven't made Christmas decorations for a couple of years now, so it's been really great to get down and crafty again this year. 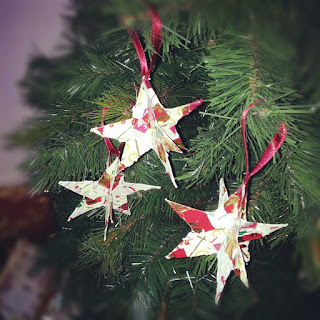 Step 1: Figure out how big you want your stars to be and draw it out onto your cardboard. I had a bit of a silly moment and forgot how to draw a symmetrical star, so mine turned out a bit wonky. Your star can have as many points as you want, I just prefer five pointed stars. And it goes without saying [but I'm saying it anyway] that you can apply this idea to any kind of shape you want. Circular decorations done this way would be a lot simpler to make and be just as cute. Cut out your first star. That's your template. 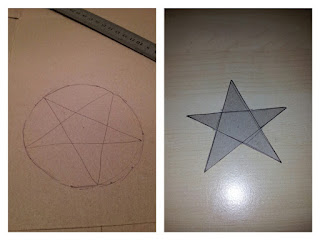 Step 2: Trace the star shape onto your cardboard as many times as you want, just keep in mind that since these are 3D stars you'll need two stars per completed decoration. Cut out all the stars, pat yourself on the back, and go get a cup of tea. 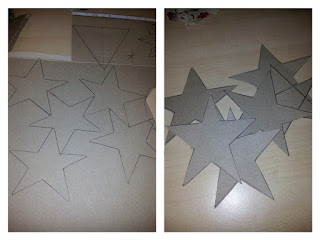 Step 3: Rip or cut your wrapping paper into little pieces. I love the effect ripping gives the decorations, but cutting looks a lot neater. 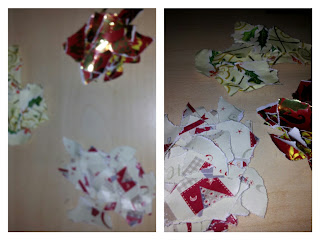 Step 4: Dollop out some PVA glue, draw a deep breath and start gluing the paper bits to the star. Don't worry about going over the edges of your star, because all you need to do is flip it over and wrap the excess over to cover the back side of the star. Easy as pie. 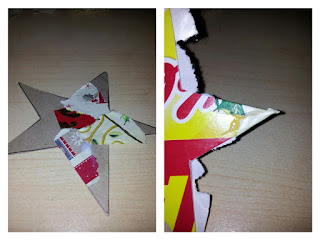 Step 5: Leave the stars to dry and then cover the other side as you did the first. Let them dry again. 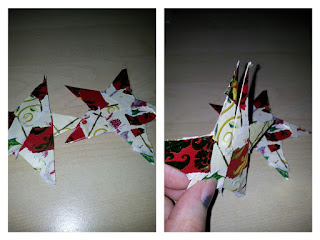 Step 7: Attached a loop of ribbon to the topmost point of the star that is cut from the bottom. Clue, sticky tape, staples, whatever. Then slot the two stars together and voila! 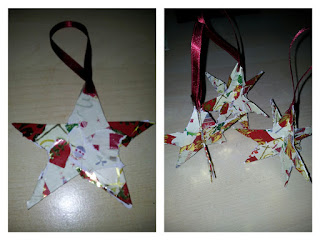 Step 8: Go stick them on your tree and celebrate with another cup of tea. 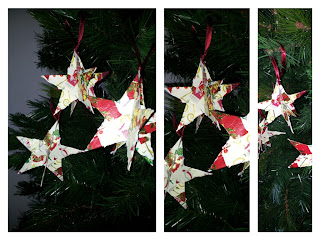 PS Send me a picture if you make your own decorations in this method, I'd love to see!
Posted by Roli at 11:15 pm