In keeping with my 2017 goal of wearing lolita more often, I've decided to post an outfit round up post every few months. Sometimes, like for the first quarter of this year, I may not be posting too many outfits, but I'd still rather for a regular, smaller round up than waiting for ages or even than posting each outfit individually.

So, in the first three months of 2017 I wore lolita twice. Which isn't a lot, but given that 2016 saw me wearing it only four times it is definitely an improvement!

In January James and I went out to buy eggs and I decided to dress up a bit for it. We also ended up hanging out in a local park for a little bit playing Pokemon Go. It was a short outing, but I was pleased to wear lolita for it. 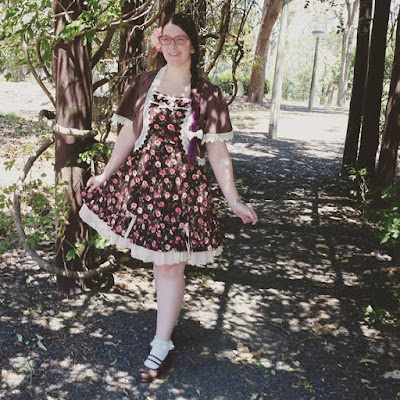 The other time I wore lolita was when I went to the Sydney swap meet in February! You may notice, seeing these two outfits in the one post, that I like casual brown outfits ^__^ What can I say, brown or black tend to be my go-to colours... 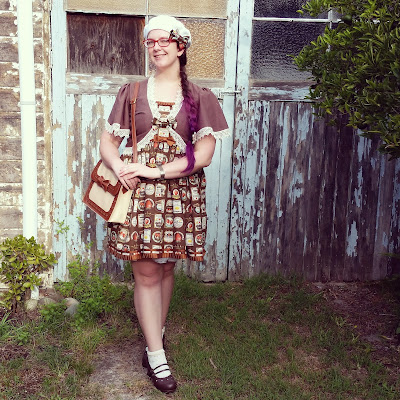 So yeah, not too much lolita for the first part of the year but still off to a good start!
Posted by Roli at 3:35 pm