Oh, this one is a bit of a challenge! Mostly because there’s a few ways you could define “best deal” so I think I really have two answers.

First of all, if you define best deal as something along the lines of price-per-wear I’d have to say that Bodyline's L279, that gorgeous floral brown velvet OP, is my best deal because it was cheap when I bought it and it’s probably one of my most worn lolita pieces. I think that’s because you can dress it up in a very lolita way, or you can tone it down and it just looks like a vintage dress so you pass under the normie radar. So it’s a good option if I want to wear something cute but not too attention grabbing. 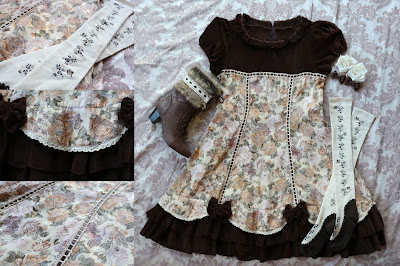 Then, another possible definition of best deal is the item bought at the greatest reduction based on its original retail price. In that definition it is probably my short-sleeved black Baby bolero, but I can't identify it and thus can't track down it's original price. Though given that it cost me 900 yen I think it's safe to say that is my best deal. However two other items were very good deals, the Innocent World French Lace Bolero and Metamorphose Patisserie Dream skirt at only 23% and 19% of their original retail prices respectively. 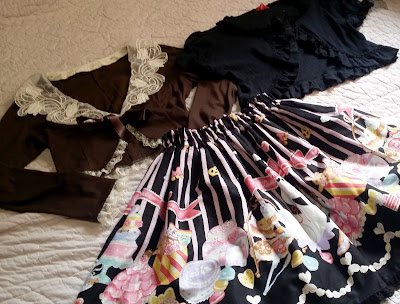 Of course, you have to factor in shipping and shopping service fees but still! I've managed to get some pretty good deals of Yahoo Japan. And that's not even to mention all the OTKS I've bought at even bigger discounts compared to their original prices.


What’s one of the best deals in your lolita wardrobe?
Posted by Roli at 4:06 pm