AYWI30C #19: Based around a particular top

When I came up to this prompt in the challenge I literally stood in front of my wardrobe and thumbed through my blouses. I wanted to work with one that was an interesting piece, rather than a neutral, and also something I hadn't used in this series. I tossed around a couple of different ideas, but in the end decided to base the coord around my Angelic Pretty Petit Patisserie cutsew. 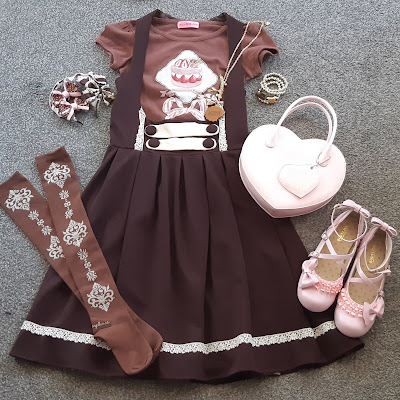 And I am so glad I chose it, because one again this challenge led me to a coord I can say with certainty I would never have come up with otherwise. Why? Because it turns out this cutsew really doesn't match anything I own!

But by this point I was committed to the idea and decided I was going to make it work with my Lyris underbust JSK. Even though the JSK is a more classic piece, it's not overwhelmingly classic and the cutsew is simple enough in cut that despite the sweet print it kind of goes. I just had to make the rest of the outfit tie it all together! 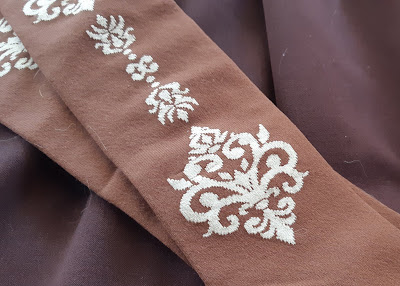 First I raided my sock drawer and discover that there Met OTKS were perfect - they matched the cutsew in colour, and the JSK with the more classical ivory motif. 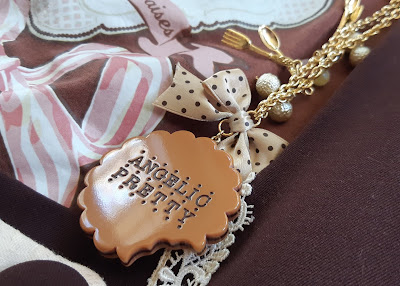 Then I brought in a little more sweetness with this Angelic Pretty cookie necklace (which is seriously so freaking cute!). The rest of my jewellery I kept quite understated - partially to avoid going to sweet for the JSK, but mostly because I actually don't have much sweet jewellery that goes with brown! 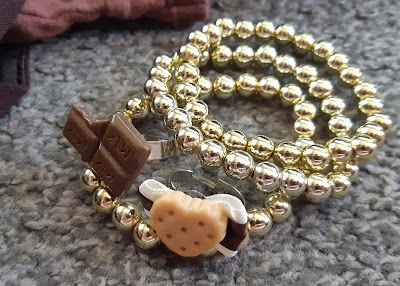 My headwear, which I didn't take a close up of, was chosen to once again straddle the sweet-classic line, as well as carry through the different shades of brown (the chosen pieces are a closer match for the JSK). 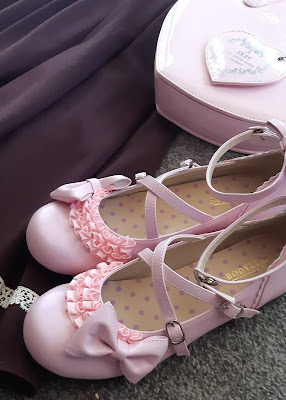 Last of all, I thought that going with pink shoes (also, new shoe alert!) and bag really cemented the look, emphasising the cutsew print and also adding a bit more of a playful touch.

In the end I really love this outfit I came up with. Like I said, I would not have gotten there without this prompt challenge but I really think I made this sweet look work despite using a more classic JSK. Do you think the outfit works, or is there too much contrast between the different elements? Let me know!
Posted by Roli at 11:00 am

Email ThisBlogThis!Share to TwitterShare to FacebookShare to Pinterest
Labels: around your wardrobe in 30 coordinates, lolita, lyris design, outfit post