The day was Monday, June 16th. I was sick and a bit mopey. While bumming on the internet I remembered I wanted to see when the Meta summer LPs were coming out based on previous years, since I'd been planning on getting one, or maybe two if they had blouses instead of last years t-shirts. I opened the LP page from last year and what did my wondering eyes see but the banner announcing this years summer LPs and the Princess Wardrobe special set were coming out that evening. Needless to say, I felt a lot less mopey after that ^__^ 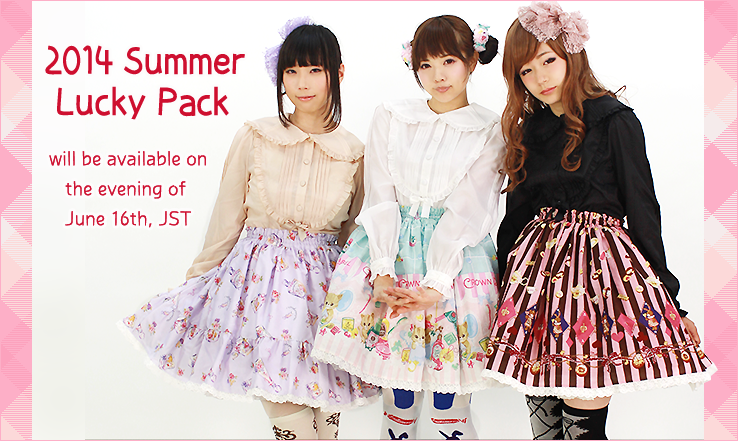 Since these packs had blouses, two it was! Ordering the packs was quite simple, just add to cart and pay. I had already made an account on the site so my address etc. was already filled in. I got a confirmation email from Meta, which said the order wasn't confirmed until I received notice from PayPal that my payment had gone through but that email came instantly so no problemo. And on the 19th I got an email saying my order was shipped, complete with tracking number. Yay! Excitement mounting! And I received a box containing both packs Monday 23rd. 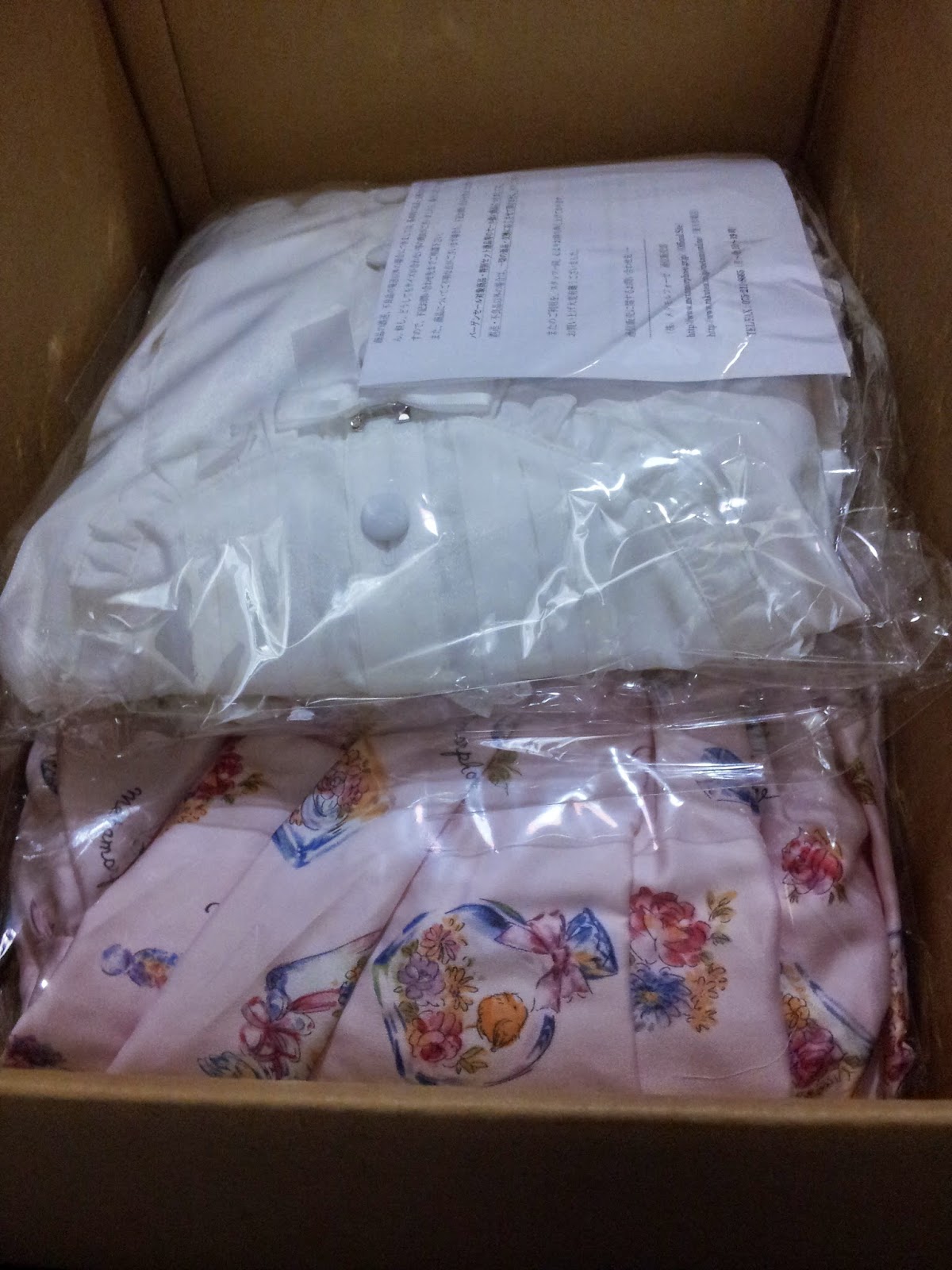 As I said to James, I rather like Meta's stuff. So between two packs I was fairly sure I'd like at least half. The skirts will definitely fit me, and I should fit any shirred blouse they put out. Before the packs arrived mostly I was just hoping not to get anything too pastel and sweet. I love sweet lolita but feel very uncomfortable in adorable pastels. From the sample pack images it looked like the packs all came with the same blouse in three colour options, and I was hoping for beige and black if the was the case.

Well, despite my optimism I was actually terribly unlucky with my "lucky" packs. Everything was lovely, but not...

I got the same blouse in each pack, the white version. 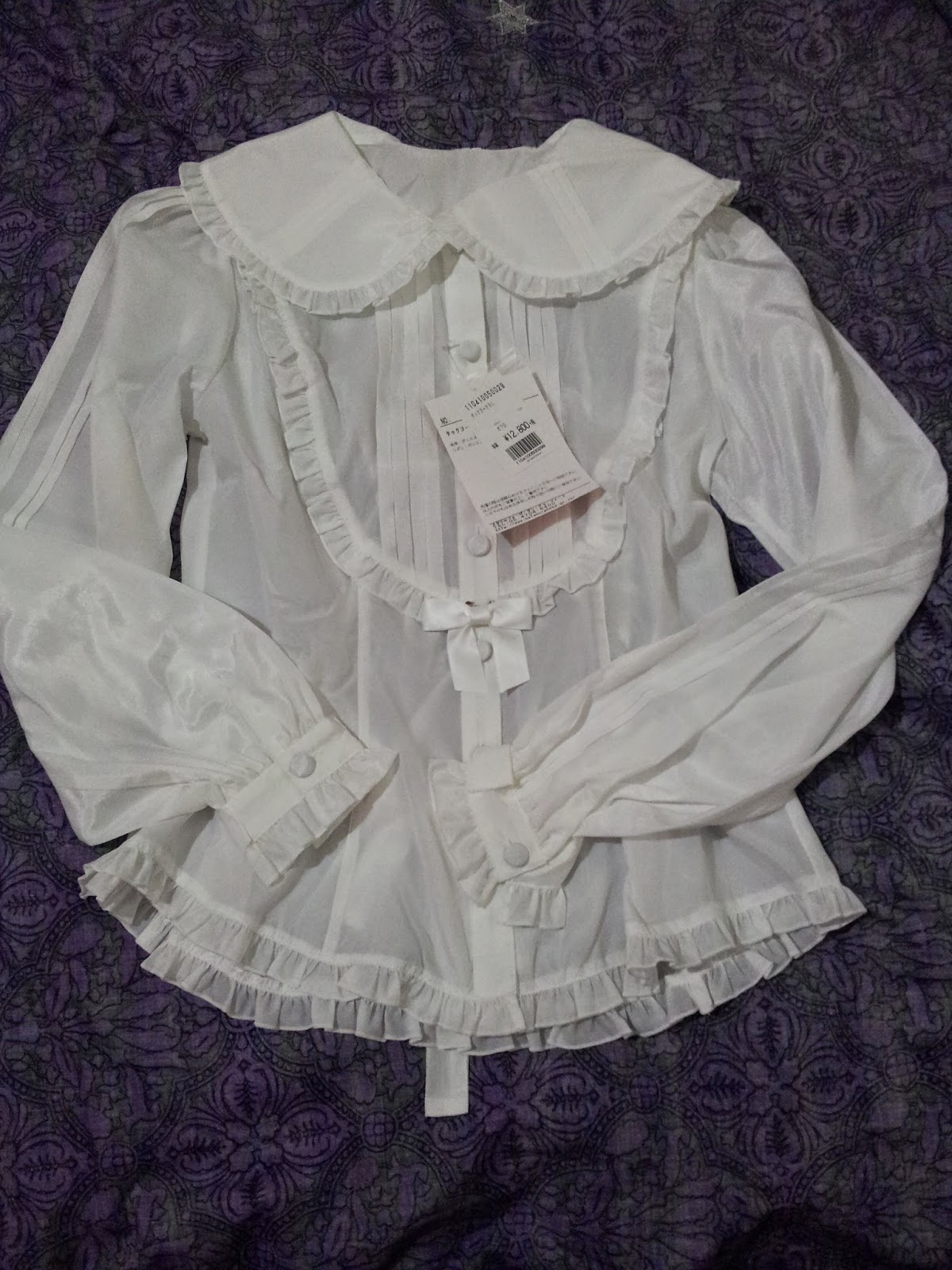 The blouse is lovely, made of an organza type material. It fit me wonderfully at a bust/waist of 93cm/77cm but the shoulders were a bit too narrow and the collar is not something I like on me. According to Lolibrary it is their 2014 Tuck Blouse, and it has shirring and waist ties. I'm really bummed about the shoulder and the collar, because the bibbed front is glorious, it's the perfect amount of sheer, the sleeves are a great length and it's a fantastic fit. But some thing are apparently no meant to be. 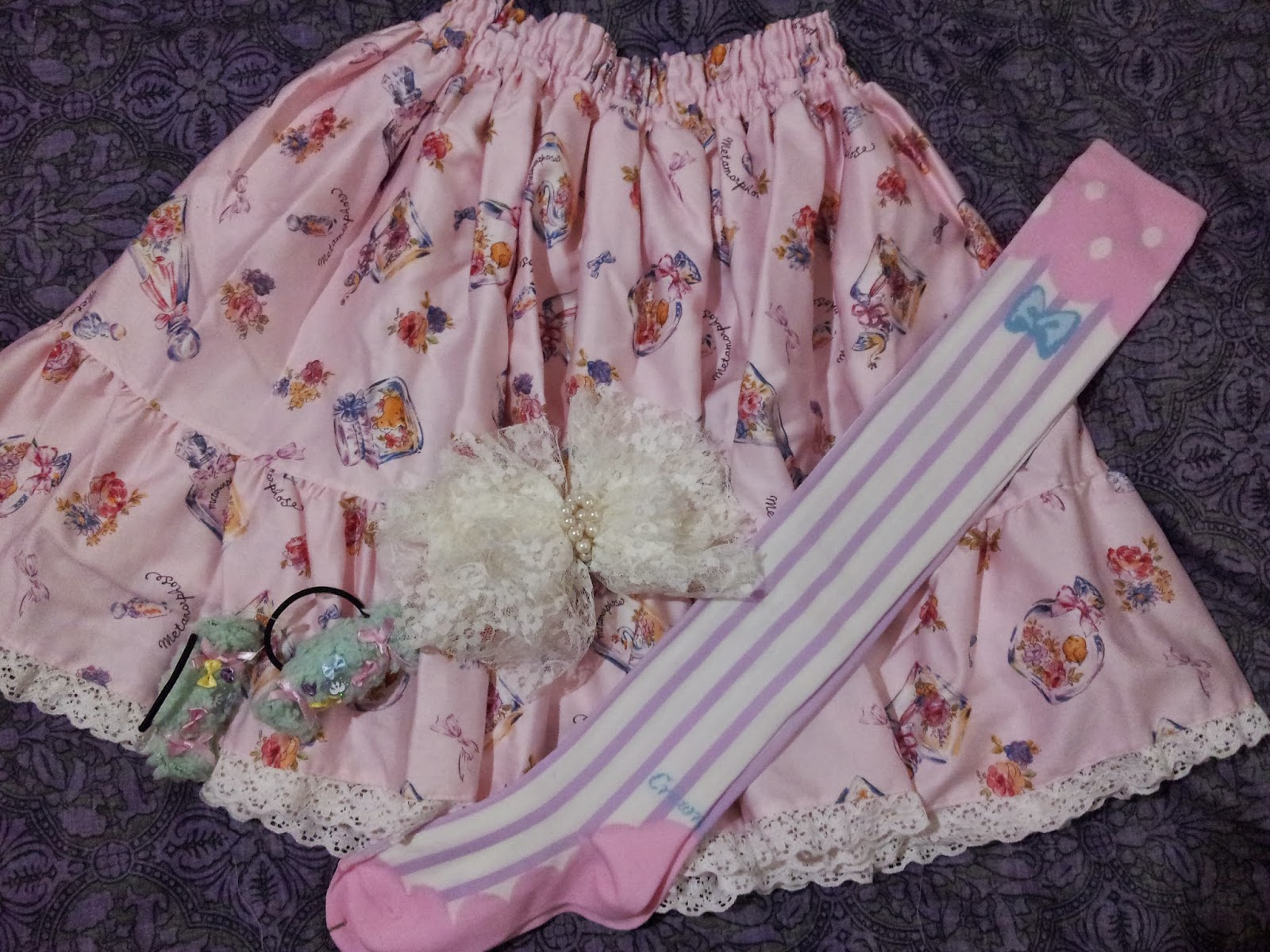 This is the other contents of one pack. The skirt is the pink colourway of their Flower Bottle print and it is gorgeous! But the colour is really unflattering on me, which is sad because I love the print and the style of the skirt. The socks are cute as well, the Scalloped Stripe OTKs in lavender and pink, but I'd never wear them. Accessory wise I got a giant raschel lace hair chip, and a pair of fluffy candy shaped hair ties. 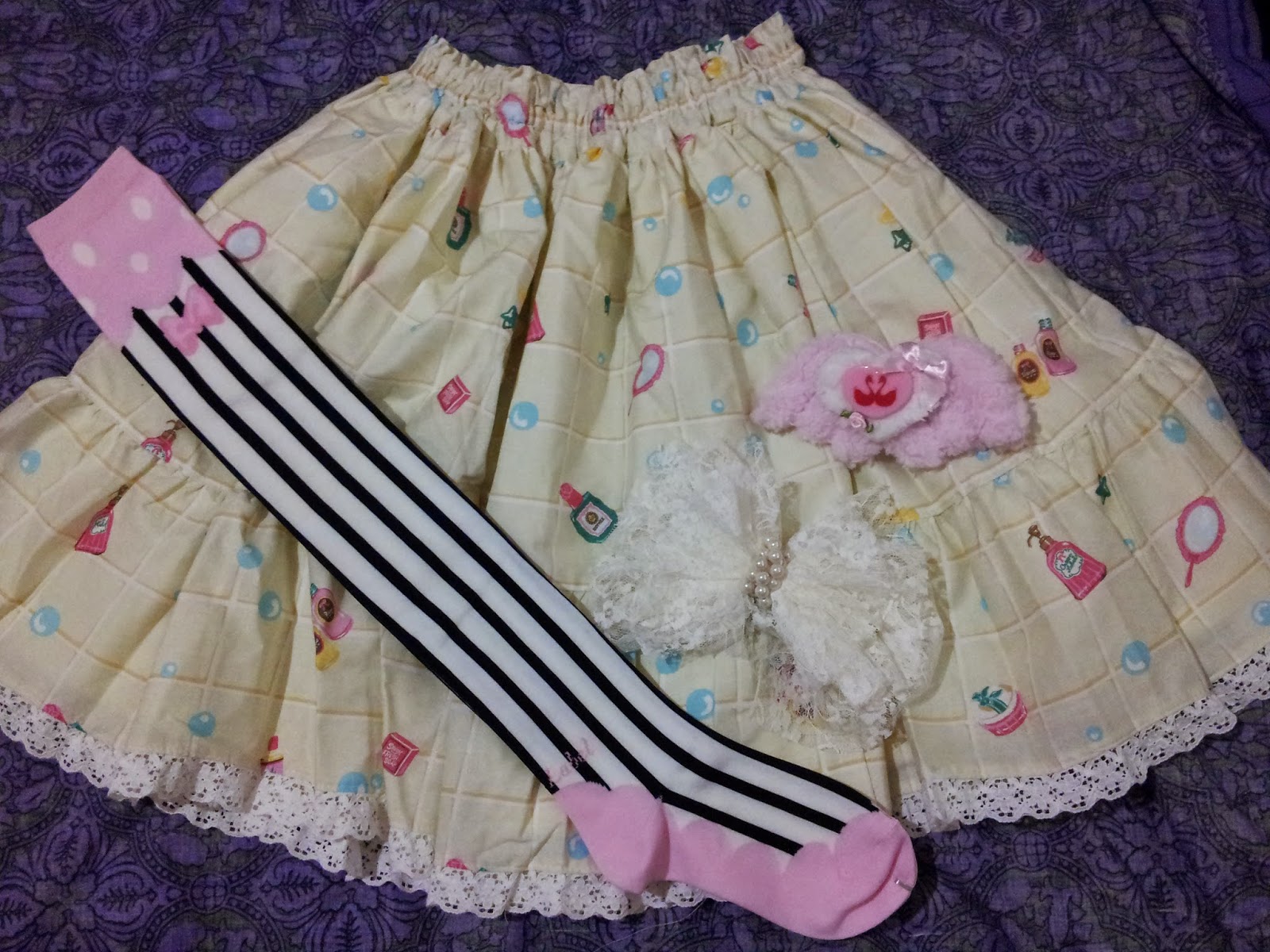 The other pack came with the same socks, though a different colourway, and lace hairclip. However, the skirt is made from the cream colour of the Bubble Bath series minus the border print. It's really cute and the colour is lovely, but it doesn't suit me at all and even if it did it's not my style. I do want to point out that the fabric is lovely, it has a subtle pattern as part of the fabric which adds another layer of detail to the print. The other accessory in this pack is an unusual two-way clip shaped like fluffy angel wings.

I'm keeping one of the giant hairclips and contemplated keeping the black and white socks, but my legs are a bit too thick for them to look nice. So I am only keeping one thing... but my loss is anyone else's gain and I'll be listing all these pieces up for sale soon.

Was it worth it? Kind of. I really enjoyed daydreaming about what I might get but since what I did get was disappointing that was less enjoyable. Also, it was a good way to get my hands on some brand for cheap, even though I'm going to part with it again promptly, and it was nice to check out the fabrics and construction... I can definitely see why people say brand is so much better!