Well, maybe not easy, but definitely easier! These are a few ideas I've had and a few things I do when trying to come up with nice and unique lolita coords.

Though before you read on, let it be said that there is absolutely nothing wrong with wearing tried-and-true combinations. White blouse and socks with a sweet lolita coord will always look nice and lots of brown in a classic outfit will always be fine ^__^

Forget the labels.
Something I find that can be limiting when trying to think of a new outfit is labels. If you're thinking of your new outfit as being "gothic" or "sweet" you can limit you thinking. Just put together things that you think would look nice and worry about what to cal it later. The substyles really only exist to make it easier to talk about things anyway, so making sure your outfit fits as specific substyle isn't an important starting point. Forget what to call your new, uber creative and wonderful coord, just make it! 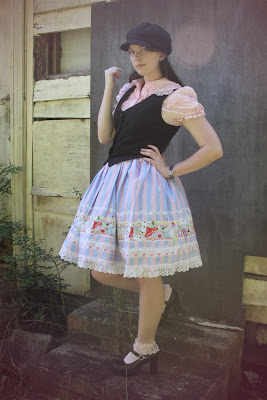 Keep an inspiration folder.
I have a gigantic lolita coord inspiration folder. There are hundreds of awesome coords saved, and some are sorted into folders according to the main items I own [some, like the folder for my Bodyline red-and-white JSK remain empty, while the Silk Cherubims folder is rather full] for quick reference. I find that saving inspiring outfits, and especially outfits using pieces you own, is a great way of getting fresh ideas.

Of course, I'm not saying copy other people's outfits. You can if you really want, but to me a lot of the fun in lolita is being creative with the way you dress. Also, and I'm going to put this bit in bold because it really does matter that much; save all the pictures you want for your own reference but never, under any circumstances, share them online without consulting the person who originally took and owns the photo. Maybe I'm alone in feeling so strongly about it but people who just randomly post other people's pictures annoy me so much. Even when there's a disclaimer of "I don't own any photos on this blog" that still annoys me, because it's an acknowledgement that they're doing something wrong and don't care. As both a photographer and a model, I really object to people posting my work around without even asking. So please, be nice. Save and look at anything you want, but don't share it online ^__^

Learn to sew, or at least craft.
It's so much easier to finish of a coord exactly the way you want when you can make your own matching accessories, or even just make the whole outfit from scratch! And then you'll also have the added benefit of knowing that no-one else out there is wearing the exact same thing as you. 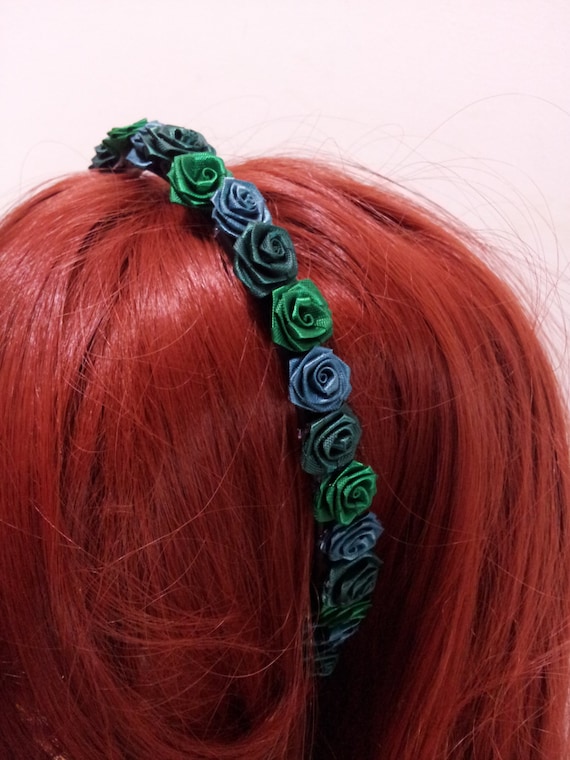 A floral headband I made, for sale here.

Sewing is actually fairly simple, especially if you're a practical or logical type of person. That lolita staple, the rectangle skirt, is incredibly easy and though following patterns can be a bit tricky sometimes you do get the hang of it. Sewing really is easy as pie, once you master the basics. Actually, easier than pie. Literally. I've tried pie making and sewing, and sewing is definitely easier...

Pick an item and make as many outfits as you can.
Recently [and extremely belatedly] I did the Lolita Blog Carnival "one piece, five looks" challenge and even though the dress I chose was super versatile since I could change underskirts I still found it challenging to come up with radically different outfits. But I really like the results! Especially the "punk" coord [pictured below] because even though it's something I'd never really wear out it was also something I'd never even thought of and now I do have thoughts in the back of my mind about how to layer print and non-print items. And of wearing my waistcoats more. 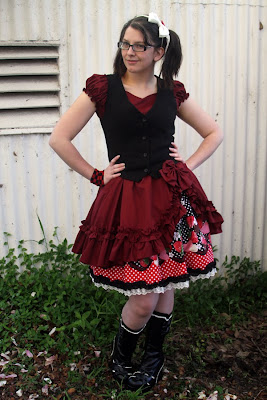 Just experimenting with your clothes, rather than only pulling them out when you're getting dressed to go out, can be a great way of seeing your wardrobe in a new way. You may also want to try working in some non-lolita items - personally, I have some lovely structured jackets that really look great with puffy lolita skirts. It's also a great way of seeing if anything in your wardrobe doesn't match and needs to go. If you can't make outfits you like with something, what's the point of keeping it?

Chill out a bit.
Come up with the coord and wear it out. Take an outfit shot if you want. And then don't worry about it. Unless you post that picture online of your wore the coord out with other lolitas, chances are no-one is going to notice that your shoes don't quite match the rest of your outfit, because in all likelihood anyone who saw you was so amazed by your poofiness they wouldn't have noticed if you were barefoot ^__^
Posted by Roli at 10:08 am